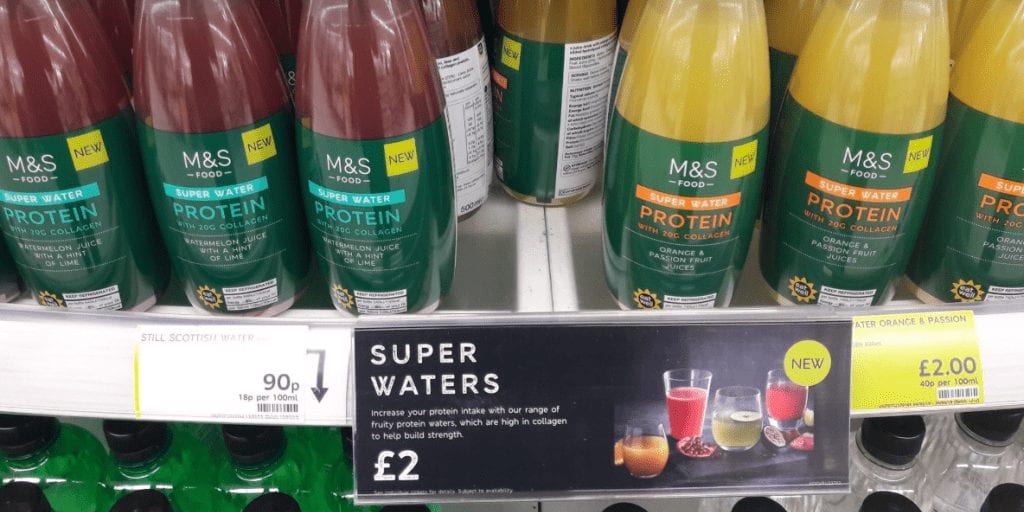 Marks & Spencer has come under fire for releasing flavored water which, after reading the small print, many vegans have been left stunned after realizing the product contains beef.

The drink at the UK supermarket appears as if it could be plant-based, but the ingredients list ‘hydrolysed beef collagen’.

The Super Water Protein juice drinks come in ‘orange and passionfruit’ and ‘watermelon with a hint of lime’ flavours, but they contain 4% animal products.

The supermarket was blasted on social media for unnecessarily using an animal product in an otherwise vegan-friendly drink.

Some also complained the product has not been labelled clearly enough, and that many vegans could easily mistake the product for a plant-based fruit juice.

Marks & Spencer’s responded to the complaints by vegans in a statement sent to Totally Vegan Buzz.

“The drinks are clearly labelled with their ingredients on pack, however we are looking into how we can make this clearer for our vegan and vegetarian customers.”

But Twitter users were disgusted by the release of the product, and vented their frustration on Twitter.

Oner user said: “This is foul, beef collagen in fruit juice, REALLY @marksandspencer? How can you justify this?”

Even some non-vegans said they wouldn’t drink the drink due to its beef content.

What do you think of Marks & Spencer’s use of beef in its Super Water? Tell us in the comments section below!