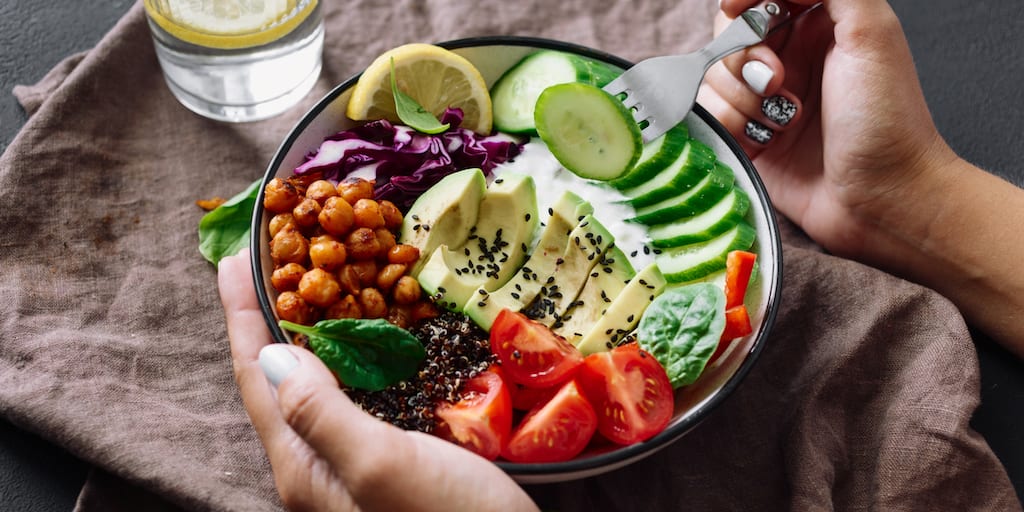 “Following a vegan diet can yield health benefits. But ultimately, as with a mixed-food diet, it depends on the choice of foods consumed and a balanced supply of macronutrients as well as vitamins and trace elements.”

A vegan diet does not lead to a ‘ubiquitous vitamin and mineral deficiency’, according to a new report by the German Federal Institute for Risk Assessment (BfR).

A clinical assessment of 60 Berlin residents through observational data collated from 2017 revealed no widespread deficiencies of calcium, zinc, selenium or iron in vegans.

While vegan test subjects had lower levels for zinc, selenium and calcium than those following mixed-food diets, the deficit was not considered substantial.

According to the food safety authorities, despite the small sample size, the study results help in providing “initial indications as to which nutrients require action.”

It added that the findings dispel the myth that vegan diets are nutritionally deficient. “Compared to a mixed-food diet, people who follow a purely plant-based diet do not have a ubiquitous deficiency when it comes to important vitamins and minerals,” the report stated.

Iodine turned out to be the only micronutrient found in least concentrations in both investigation groups and almost everyone from the vegan group seemed affected.

The BfR wrote: “One-third of the vegan group had values below 20 micrograms per litre (μg/L). Anything below this value is considered to be a severe iodine deficiency according to the World Health Organisation (WHO).”

To offset this micronutrient deficiency, the authority suggested vegans seek medical advice on including an iodine supplement.

While vegans had low iodine levels, the survey found that almost all vegans consumed vitamin B12 supplements since that is “rarely contained in a plant-based diet,” and this supplementation had them have higher folate levels than meat eaters. In fact, a third of the mixed-food group also ate folate food supplements.

Commenting on the management of iodine levels, nutritionist and co-author of the study Iris Trefflich said: “As long as those following a vegan diet keep this supplement in mind, vitamin B12 supply is guaranteed.”

Other study results showed that while vegans scored points with lower cholesterol levels (LDL and total cholesterol) and more vitamin C, E and K as well as folate and fibre, the mixed-food group had the edge when it came to zinc, vitamins B2, B3, and D.

Dr Cornelia Weikert from BfR’s food safety department concluded: “Following a vegan diet can yield health benefits. But ultimately, as with a mixed-food diet, it depends on the choice of foods consumed and a balanced supply of macronutrients as well as vitamins and trace elements.”

With Vegaunary only a few days away, the report, which also gauged how veganism was perceived in the public realm, found it to be represented extremely positively.

Analysing 1000 entries discussing a vegan diet BfR found that 92% of the online references were positive with Twitter being the most critical at 42% positive and 30% negative.

BfR wrote: “Veganism is not hailed without question – even 40 % of neutral and positive entries show a recognisable risk awareness.

“Possible nutrient deficiencies and how to prevent them are topics that are discussed.

“A considerable number of people, that consider their diet to be good, are therefore both critical and reflective about the associated risks.”

It added: “By changing their diet, vegans have experienced overwhelmingly positive health effects. When veganism is generally communicated as being unhealthy, this contradicts their experience.”

Share this article to encourage others to go vegan.