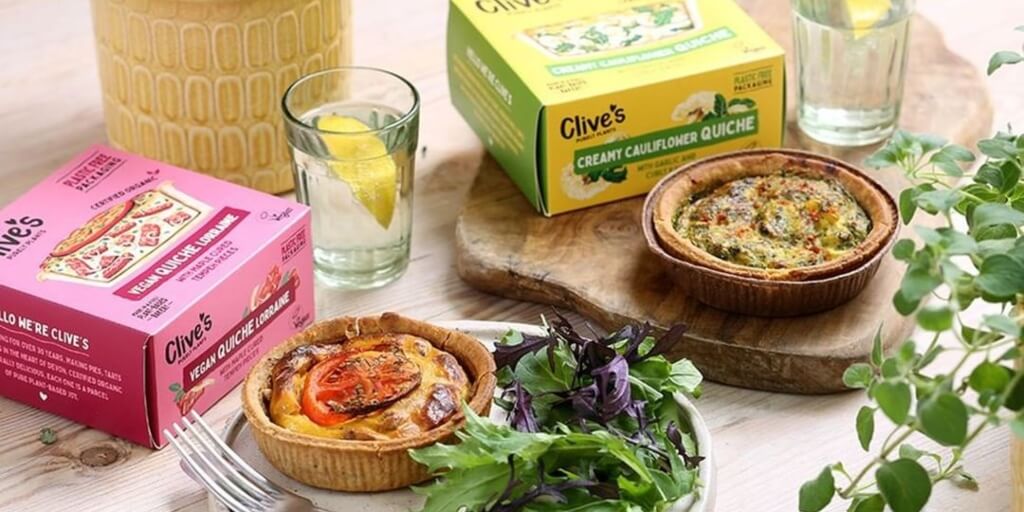 “It marks a new era for Clive’s, one where we can continue to expand, innovate, and help shape the future of plant-based eating.”

The partnership is to further Veg Capital’s mission ‘of replacing animals in the food system’.

Veg Capital will buy out existing majority shareholders Sally and Chris Carson who have grown the business steadily over the past 17 years.

The new funding will be used to develop new products and increase production.Last year the company relocated to a new purpose-built site in Dartmouth, four times the size of its previous site in Buckfastleigh.

Aside from expansion and increasing production, Clive’s is aiming to reach a sales figure of £10m.

Matthew Glover, vegan entrepreneur, Veganuary co-founder and managing director of Veg Capital said: “This is such an exciting investment for us. Clive’s offers the best of both worlds – over 30 years of invaluable experience, with all the ambition, scope for growth and enthusiasm of a start-up.

“This partnership has huge potential to further our mission of replacing animals in the food system, and we’re thrilled to be working together.”

Clive’s produces 100% organic and plant-based foods.  It was founded in 1986 by Clive Lowe, who began selling the bakery’s signature ‘Creamy Mushroom Pie’ from the back of his bicycle.

Today, the bakery is known for its diverse range of pies, savoury tarts, quiches and nut roasts, all of which are vegan and 100% organic.

Its products are available across retailers and food delivery services such as Waitrose Morrisons, Abel &Cole, Ocado and more.

The company is constantly innovating to create new, tasty options that push the boundaries of plant-based eating.

This week, it launches its first-ever Puff pastry pies, a ‘Beefy Ale Puff Pie’ and ‘Chickeny Puff Pie’, which both feature herby seitan as a meat replacement.

Clive’s managing director Esther Pearson, who has been vegan for five years, added: “We’re over the moon to have the backing of Veg Capital. It marks a new era for Clive’s, one where we can continue to expand, innovate, and help shape the future of plant-based eating. We’ll always stay true to who we are, focusing on food that tastes good, and does good.”