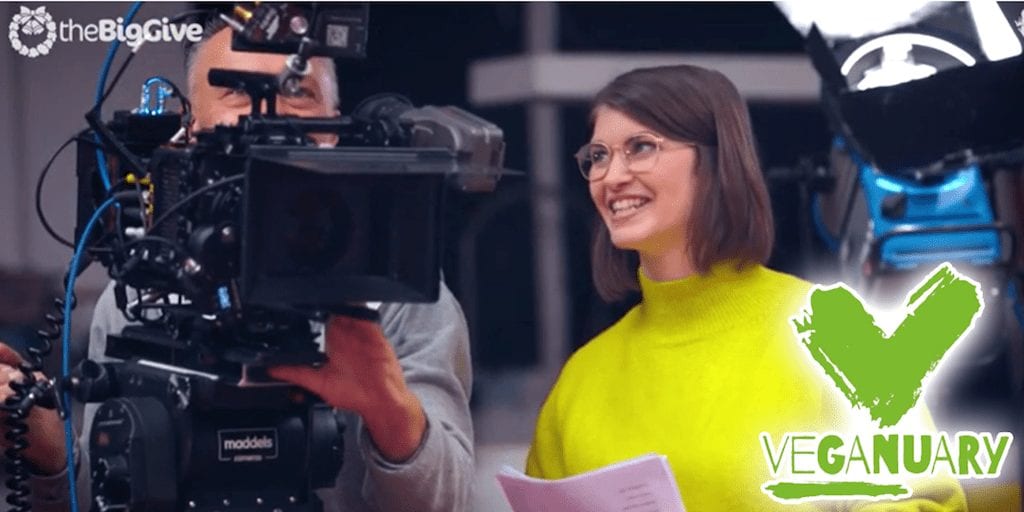 The Veganuary team has created a pro-vegan ad to inspire people to go vegan in the month of January.

Veganuary, a non-profit international organization that works to raise awareness of animal torture in factory farming and encourages people to go plant-based is set to broadcast a first ever vegan ad to “inspire 350,000 people to live healthier, reduce their carbon footprint and save animals’ lives by eating vegan for January and beyond.”

In a bid to make the advert reach as many people as possible, Veganuary is running a crowdfunding campaign to generate £40,000.

The team has also signed up with The Big Give’s- UK’s biggest match funding platform- Christmas Challenge in a bid to double the funds the campaign will accrue.

The advert has been produced in collaboration with Kolle Rebbe ad agency and vegan film producer Fabian Weigt.

The 30-second advert featuring an international cast will run on TV channels in the UK, Germany and the US between Christmas and New Year.

It is based on a thought-provoking concept to get people to consider their actions and align themselves towards a better self and future.

While details are still under wraps, the team said: ” (The ad) is fun, funny and non-judgmental, yet is guaranteed to make people question how comfortable they truly are with their food choices.”

What do you think of Veganuary’s efforts to help people adopt veganism? Share your thoughts in the comments below!