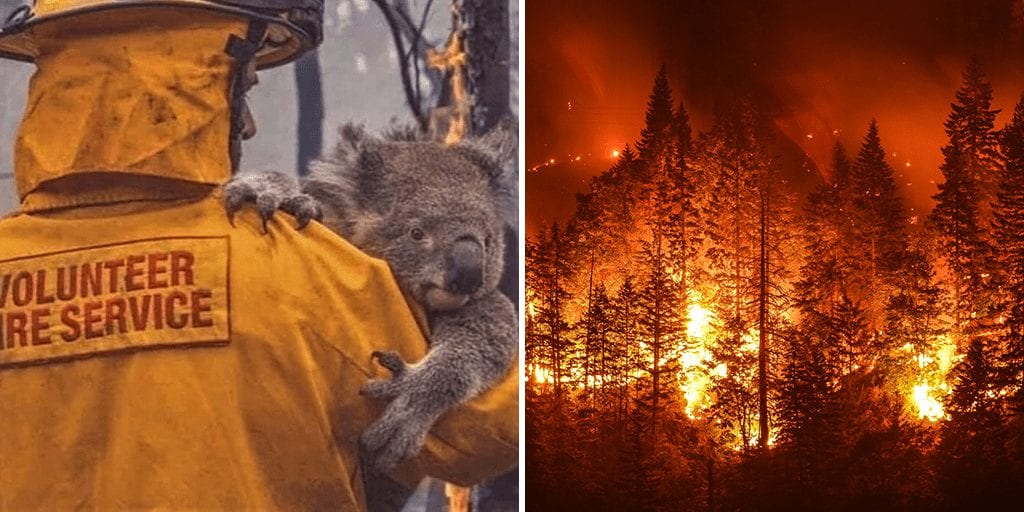 Over a billion animals have died in the Australian bushfires which have torn through the country, and tragically many of the survivors are so badly injured that vets are being forced into mass euthanisations.

Wild animals and livestock have been ravaged by fires, and estimates suggest a billion animals have been killed – with the number expected to rise significantly.

Koalas are one of the most affected species with more than 20,000 perishing, pushing them close to extinction.

Animal welfare groups, vets and local residents have been pulling together to do all they can to help affected animals, but many are too badly burned to be rehabilitated.

Megan Davidson, of Wildlife Victoria, told AAP: “It is largely a job of euthanising at this stage, both livestock and wildlife.

“They are so severely burnt that there is nothing better you can do other than end their suffering.”

Even after the fires finally subside the battle will not be over for many survivors, as their habitats have been so badly destroyed that they will struggle to find food, water or shelter.

The University of Sydney estimates 480 million animals have been affected by the devastating blazes in New South Wales alone. https://t.co/guxXb73p0R pic.twitter.com/9G2hPNrHM0

The Australian bushfires have attracted worldwide attention from across the globe. The unprecedented blazes are thought to be a knock-on effect of climate change, and animal welfare groups have encouraged those who have sympathy with the animals to consider their own lifestyles.

The UN has explained that meat consumption must drop by 90% for the world to meet its climate change target, as animal agriculture is a major contributor to carbon emissions.

This year’s Golden Globes featured the world’s biggest stars drawing attention to the tragedy in Australia.

Vegan actor Joaquin Phoenix made a powerful speech urging viewers and the star-studded audience to take responsibility for their own actions.

“First I’d like to thank the Hollywood Foreign Press for recognizing and acknowledging the link between animal agriculture and climate change. It was a very bold move, making tonight plant-based, and it really sends a powerful message,” he said.

“Contrary to popular belief, I don’t want to rock the boat. The boat is already f*cking rocked.

“It’s really nice that so many people have come up and sent their well wishes to Australia, but we have to do more than that.

“It’s great to vote, but sometimes we have to take that responsibility on ourselves and make changes and sacrifices in our own lives, and I hope that we can do that.”

Animal welfare group PETA also urged anyone who feels compassion for the millions of animals killed in the fires to consider their own diets.

“We can and must fight climate change. By far, the easiest way is for people to stop killing animals and go vegan right now. It requires zero governmental initiative or promises from some giant corporation. It only involves choosing to leave animals out of the shopping cart on that trip you’re already making to the grocery store,” the group wrote.

“It’s estimated that, at a minimum, about 800,000 million animals have been killed in Australia’s fires. This is about the same number of land animals who are horrifically slaughtered every few days just so that people can eat their flesh.”

What do you think of the response to the Australian bushfires? Share your thoughts in the comments section below!