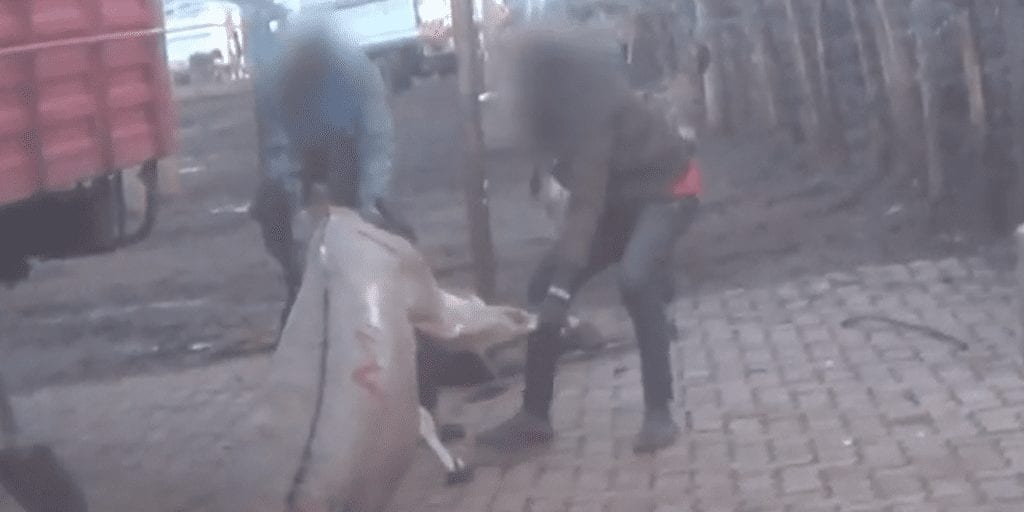 A video investigation has revealed horrific abuse inflicted upon donkeys at slaughterhouses which supply medicine, drinks and sweet industries.

In Naivasha, workers were caught on film violently beating frightened donkeys who were crammed together so tightly that they could barely move.

PETA explained in a statement sent to Totally Vegan Buzz that the donkeys are killed for their skins to produce a traditional Chinese medicine called ejiao.

The ejiao industry, which annually produces over 4,500 tonnes of products containing the ingredient, uses 4 million donkey hides each year, half of which are imported into China from other countries, including Kenya, PETA reported.

The group also claimed that the country has opened three new donkey abattoirs in the last three years alone in order to cater to the trade.

PETA explained that donkeys are packed onto lorries and taken to the abattoirs from neighbouring countries – and the journey from the border with Ethiopia can take two days during which the animals are given nothing to eat or drink.

Many collapse, and some even die. While PETA Asia eyewitnesses were on site, workers left the bodies of two donkeys, who had died during the long trip, outside an abattoir and dragged another – who was so badly injured that she was unable to stand – from a lorry, dumped her on the ground, and kicked her.

“While abattoirs cash in on the Chinese desire for ejiao, gentle donkeys are being tortured and killed,” PETA Director Elisa Allen said.

“PETA calls on all kind people around the world to think of the terrified donkeys who suffer and die for the gelatine made from their skins and to refuse to buy any item that contains it.”

In addition, after appeals from PETA US, companies such as eBay and Walmart-owned Jet.com have agreed to stop selling items containing ejiao.

What do you think of this investigation? Tell us in the comments below!