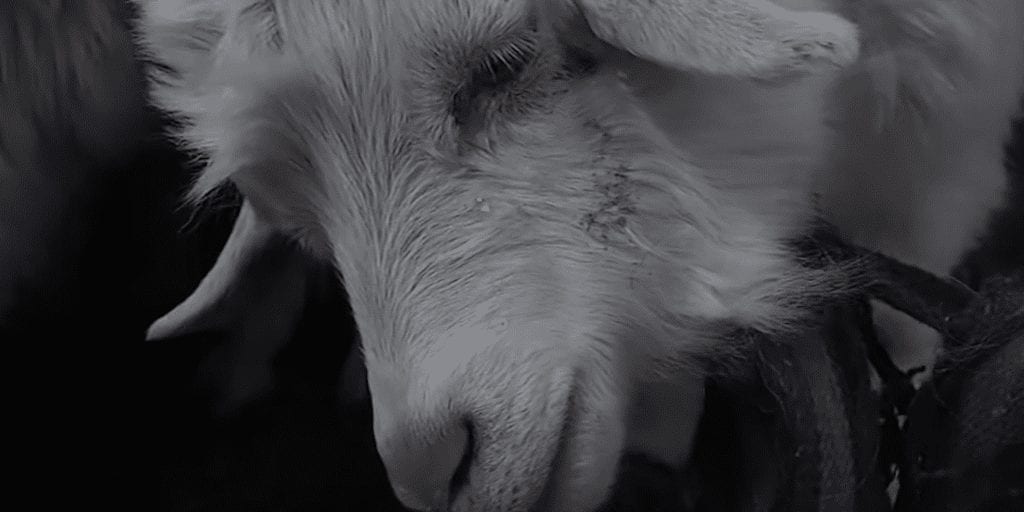 An undercover video investigation at cashmere farms and in abattoirs in China and Mongolia – the two countries responsible for 90% of the world’s cashmere production  – has revealed brutal practices in the industry.

Footage released by animal welfare group PETA shows workers holding down frightened goats, who cry out in pain as their legs are bent and their hair is torn out with sharp metal combs.

PETA claimed in a statement sent to Totally Vegan Buzz that in China, goats deemed no longer profitable were slaughtered after workers hit them in the head with a hammer in an attempt to stun them.

And in Mongolia, workers dragged them by one leg onto the abattoir floor before slitting their throats in full view of other goats. Some were seen still moving for minutes afterwards.

WARNING: The video below contains graphic imagery which viewers may find distressing

H&M – the second-largest clothing retailer in the world – has agreed to ban ‘conventional’ cashmere, the only kind the company sells, as a result of the investigation.

ASOS had previously banned cashmere following discussions with PETA, and after being sent the findings of this new investigation the company has removed all remaining cashmere stock from its website.

“Frightened goats’ hair is torn out, and then the animals are hit with hammers and hacked to death – all to make cashmere jumpers and scarves,” PETA Director Elisa Allen said.

“PETA urges all retailers to follow H&M and ASOS in dropping cashmere and asks consumers to leave cruelly produced items on the rack.”

Cashmere also has the largest environmental impact of any animal-derived fibre, PETA explained.

Goats have voracious appetites, and because they consume the roots of plants (which prevents regrowth), fragile grasslands are turning into deserts, which contributes to dangerous pollution dense enough to reach North America.

PETA notes that warm, stylish vegan fabrics – including bamboo, Tencel, hemp, modal, viscose, organic cotton, and soya cashmere – which is a waste by-product of the production of soya foods – are widely available.

What do you think of this investigation? Tell us in the comments section below!