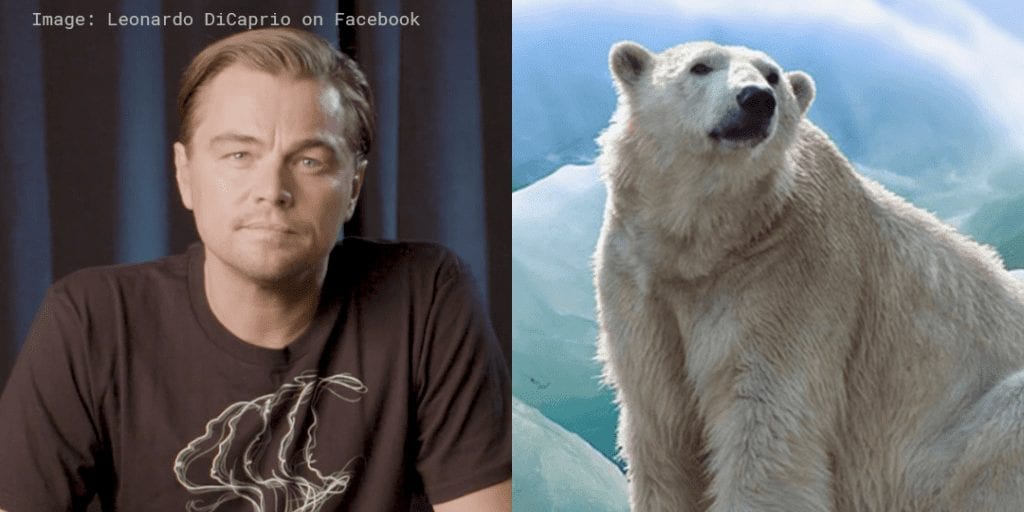 Leonardo DiCaprio has produced a new documentary to highlight the dangers of climate change and showcase efforts around the world to curb global warming.

Ice on Fire is set for a premiere on HBO on June 11, and features DiCaprio as the narrator.

The new trailer has created a buzz around the documentary, showing the devastating impact of melting ice caps which will lead to flooding and droughts.

But this documentary avoids the typical relentless doom and gloom associated with most environmental films, and shift to a positive perspective around the huge efforts around the world to fight climate change.

It pictures ingenious machines which can pull carbon out of the air and pump them underground, turning them into rock.

“My partners and I made Ice on Fire to give a voice to the scientists and researchers who work tirelessly every day on the front lines of climate change,” DiCaprio said in a statement.

“We wanted to make a film that depicts the beauty of our planet while highlighting much-needed solutions across renewable energy and carbon sequestration.

“This film does more than show what is at stake if we continue on a course of inaction and complacency — it shows how, with the help of dedicated scientists, we can all fight back. I hope audiences will be inspired to take action to protect our beautiful planet.”

This isn’t the first of DiCaprio’s environmental documentaries – he has previously worked on Sea of Shadows, Before the Flood, A Plastic Ocean and Virunga.

What do you think of DiCaprio’s latest documentary? Share your thoughts in the comments below!