Vinnie Jones says: "Going forward, plant-based food is where we've got to be" | Totally Vegan Buzz
Skip to content

Vinnie Jones says: “Going forward, plant-based food is where we’ve got to be” 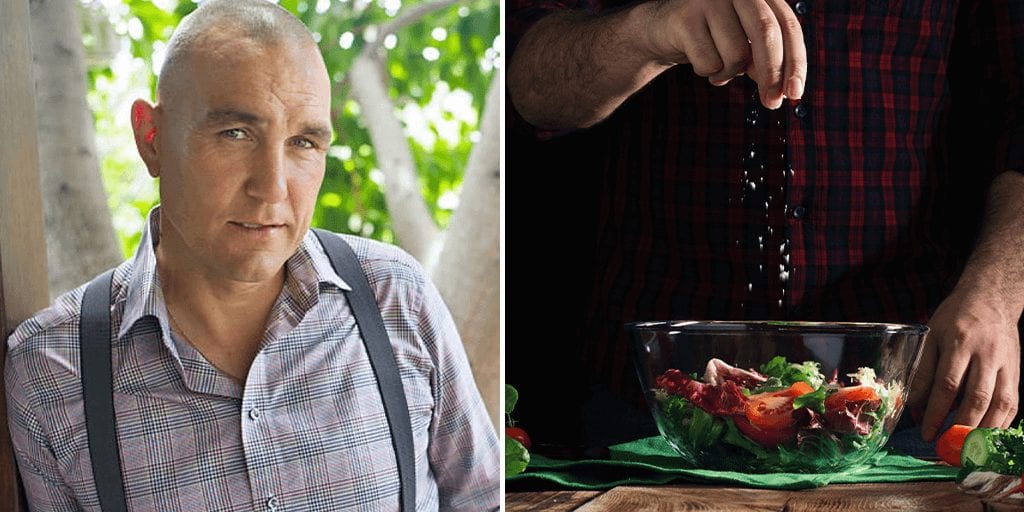 In an exclusive interview with the Mirror, Vinnie Jones advocated eating vegan foods for better health and the environment.

Speaking to the news outlet, days before his wife’s first death anniversary, whom he lost to cancer last year, the former footballer opened up on his struggle with alcohol addiction, eating healthy, penning a book on how to cope with grief among other things.

In his interview, he advocated veganism stating: “I’m massively into conservation and nature, especially the British countryside.

“Going forward plant-based food is where we’ve got to be. “There are some lovely vegan foods out there.

“It’s a good way to go, for the environment and a healthier lifestyle.”

Although, he clarified that he hadn’t adopted the lifestyle completely. “I do love a steak, though. It’s ­probably my favorite meal,” he added.

Earlier this month, Jones also aired in an Alpro ad promoting oat milk along with Pixie Lott and Nicola Adams, who like him were part of the original ‘Make Mine milk’ campaign by Milk Marketing Forum in 2010.

In the new ‘Make Yours Oat with Alpro’ cross-channel campaign, all 3 donned oat moustaches to promote Alpro’s Oat drink range.

“Let’s not beat around the bush. In 2020, we all know there’s a new ‘tache in town,” Jones said in promotion of the campaign.

“I was a bit reluctant to have a good shave before the shoot and lose my rugged good looks—but I think the “moat-stache” looks pretty damn good on me. I’m taking it back to Hollywood.”

The plant milk market is booming globally. According to a market trends report,  the UK alt-milk market is projected to grow from $320.6 million in 2019 to $705.3 million by 2025 at an estimated CAGR of 13.8% reported the Vegan Society.

David Jiscoot, marketing director for Alpro UK & Ireland said: “Since 2010 plant-based food and drink has become nothing short of a national phenomenon. Millions of people have started to wake up to the health and environmental benefits of plant-based eating – and demand for products made from oats, almonds and soya has absolutely rocketed as a result, with sales growing by +239% to hit £460.6 million.”