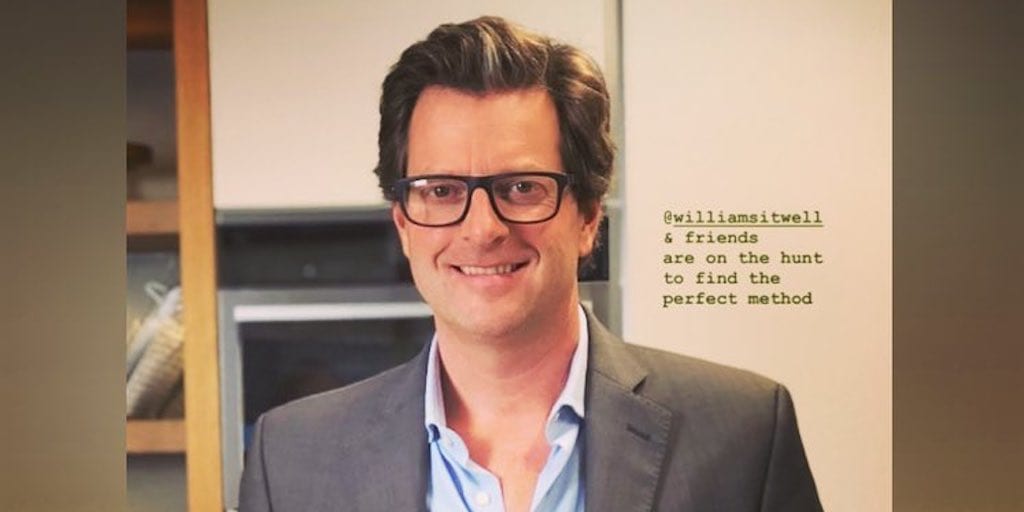 After Waitrose reported an 85 percent rise in its vegan and veggie food sales last week, you’d be forgiven for thinking the company was coming to terms with the booming plant-based food movement. The supermarket was seemingly following the trends, recently launching 25 new vegan products to cater for this accelerating growth, including mac and greens and a dairy-free pizza.

But sadly the pro-vegan sentiment hasn’t captured the imagination of everyone at Waitrose. In an email exchange leaked to BuzzFeed News, food journalist Selene Nelson wrote to the editor of Waitrose Food magazine, William Sitwell. Perhaps aware of the supermarket’s impressive range of vegan products, Nelson suggested a series on plant-based food trends. Sitwell inexplicably responded by suggesting a section about killing vegans and force-feeding them meat to ‘expose their hypocrisy’.

The reaction from vegans and the wider community has been one of absolute outrage, with some suggesting the Waitrose editor should be fired. Sitwell has since apologised to anyone offended, while Waitrose said he had ‘gone too far’, describing the emails as ‘inappropriate, offensive and absolutely do not represent our views’.

See how the drama unfolded below.

Hi William, I hope you’re well. I’m a freelance food and travel writer for Town & Country, Huff Post, Food Republic, SUITCASE Magazine, etc., and I wanted to pitch an idea for a regular feature in Waitrose Food. Recently there’s been a huge rise in veganism, with people increasingly interested in its health and environmental benefits, as well as issues surrounding animal welfare. The popularity of the movement is likely to continue to skyrocket and I think that there’s a great opportunity for Waitrose Food to introduce a section on vegan cooking, perhaps in a similar style to the Guardian Weekend’s series ‘The New Vegan’. In January the ‘Veganuary’ incentive is expected to be more popular than ever, and people will be keen to discover plant-based meal ideas. Even for people not looking to change their diet, I think having some more healthy, eco-friendly meals won’t go amiss, particularly in the New Year! I envisage the feature including recipes as well as commentary, news, maybe with some collaborations with top vegan chefs too (I’ve already chatted to some who are interested).

I have lots of ideas for this but don’t want to bombard you! Please let me know your thoughts. I strongly believe this would be a welcome, and timely, addition to Waitrose Food. You can take a look at my portfolio here; let me know if you have any questions or want to see any further writing samples. Many thanks and I look forward to hearing from you! Kind Regards, Selene Nelson

This was followed with Sitwell’s strange response

Hi Selene. Thanks for this. How about a series on killing vegans, one by one. Ways to trap them? How to interrogate them properly? Expose their hypocrisy? Force-feed them meat? Make them eat steak and drink red wine? WILLIAM SITWELL

Hi William, Thanks for your interesting response. I drank some delicious (vegan) red wine last night so I’m sure a feature on that would appeal… I’m not quite sure what you mean by ‘exposing their hypocrisy’, but I’m certainly interesting in exploring why just the mention of veganism seems to make people so hostile. It sounds like you have some opinions on this? I’d love to know more! Thanks, Selene.

Downton Abbey actor Peter Eggan suggested Sitwell should be fired for his remarks.

Many others were shocked and confused by Sitwell’s outburst

There’s even a petition to dismiss Sitwell, which has attracted more than 1,000 signatures

What do you think about William Sitwell’s comments about vegans? Tell us your thoughts in the comments section below!