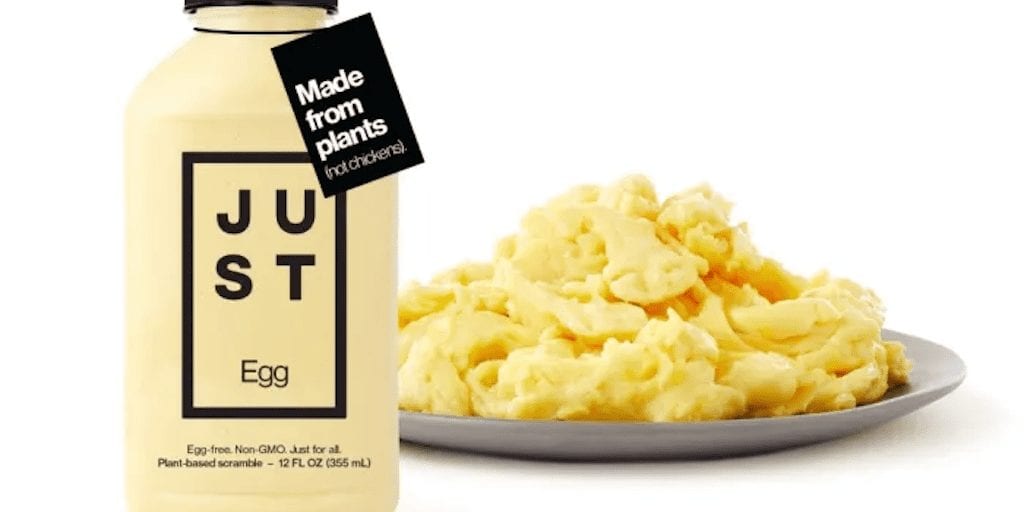 Plant-based JUST Egg has launched in selected Walmart stores across the US.

The hugely successful mung beans-based vegan alternative was created to resemble the taste and texture of a chicken egg, but with no need for animal products used and a lower environmental footprint.

The company has sold the vegan alternative equivalent of more than 10 million chicken eggs since its launch.

JUST CEO Josh Tetrick made the announcement on FOX Business Network. He said: “I’m really proud to announce that we’re going to be bringing Just Egg to Walmart because, you know, it’s the biggest retailer in the world, so much more than a vegan thing.”

Describing Just Egg, he said: “I think an important thing that gets missed in this new type of product is the health. I think it’s really important that it’s not just healthy, but that it’s healthier than what’s currently existing.

“So for us, if you take the breakfast sandwich version of what we have, it’s about 20 percent more protein than a conventional egg, it’s about 65 percent less saturated fat, it’s free of cholesterol. From a sustainability perspective, it uses less land, and uses less water.”

Tetrick explained that the company’s next goal is to make the product more cost effective.

A chicken egg is approximately $0.08 each while the JUST Egg equivalent is $0.22, which the company wants to reduce to below $0.05 in the next two to three years to compete with the egg industry.

The product is currently available from some eateries and retailers in the US, Hong Kong, and China.

Have you tried JUST egg? Let us know your thoughts in the comments section below!