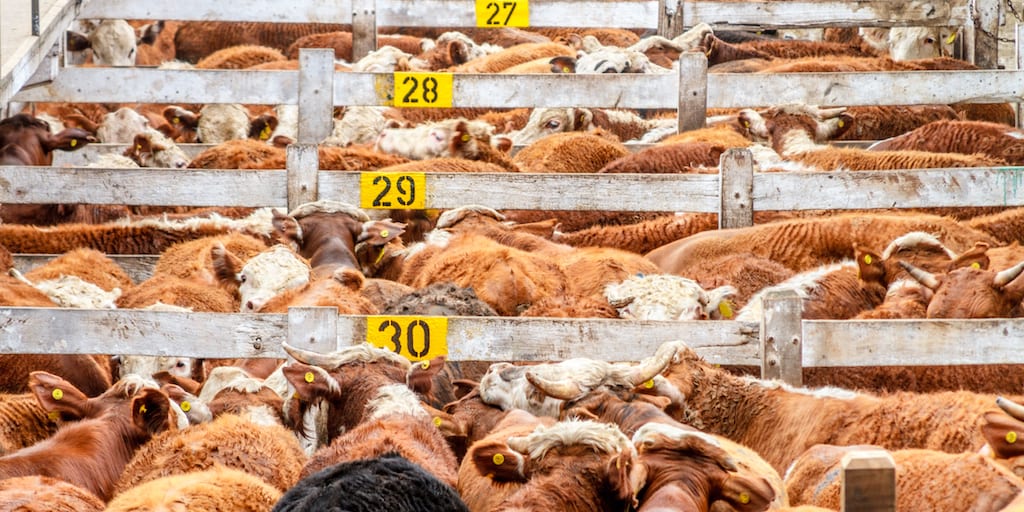 Animal rights activists have released undercover footage from a slaughterhouse in Spain where workers gave animals electric shocks ‘for fun’.

The investigation into a farm which claims to be ‘humane and organic’ reveals horrific treatment of animals, including violent abuse and animals being left to bleed to death at the Madrid slaughterhouse.

Activists from Equalia revealed the shocking footage and refreshed calls to introduce CCTV at all animal agriculture organisations in Spain as a legal requirement.

WARNING: The below footage contains graphic imagery which viewers may find distressing.

To obtain the footage an undercover investigator from Equalia worked in a slaughterhouse for several days.

A spokesperson for the organisation explained in a letter to Euroweekly News that some slaughterhouses electrocute dead animals to improve the quality of the meat.

But activists claimed that the footage reveals workers electrocuting a cow while it is still conscious by ‘placing electrode clamps in each of the nostrils’.

Regulations in Spain prohibit the use of electrocutions while animals are still conscious.

“Once again Equalia demonstrates the urgent need for implementing CCTV cameras in slaughterhouses, as a strict and necessary measure to secure that they respect and act according to the letter of law and animals’ welfare regulations,” the group explained.

Equalia has submitted a law proposal to all of the parliamentary groups of the Assembly of Madrid, urging the Ministry of Health to introduce mandatory CCTV in all 11 Madrid slaughterhouses.

Similar laws have been registered as non-legislative proposals in Castilla y León, La Rioja, Navarra and Valencia Community thanks to Equalia’s efforts.

The group has released a string of investigations in the past 18 months in Spain, including one slaughterhouse where conscious cows’ legs were cut off by workers.

Share this article to reveal the truth behind the meat industry, and support calls for stronger protections for animals in Spain.