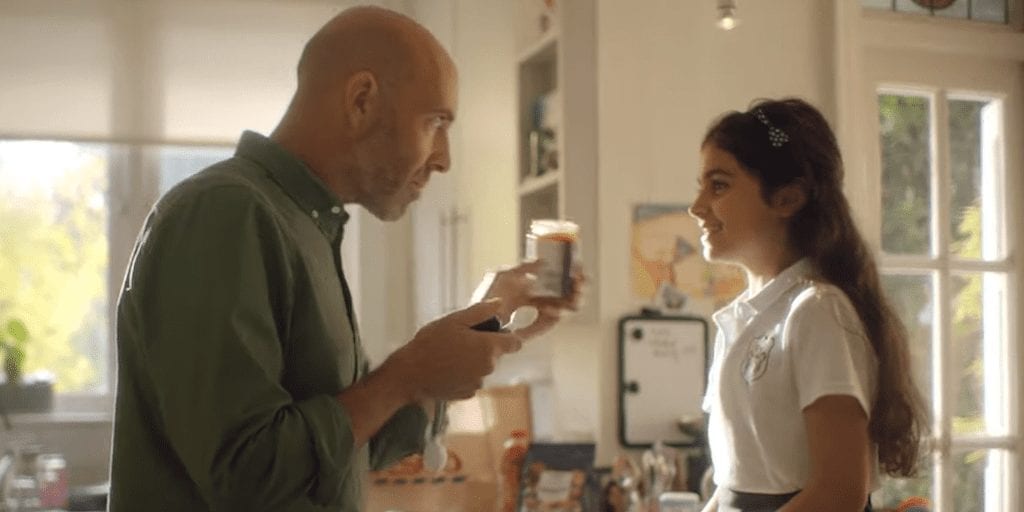 A new Tesco advert for vegan sausages has sparked outrage in the meat industry.

The TV ad shows a little girl who tells her father ‘I don’t want to eat animals anymore’.

Though her dad says ‘I bloomin’ love my meat’, he compromises by cooking the new Tesco Plant Chef Meat-Free Cumberland-style Bangers to make a sausage casserole.

“It’s just as tasty as it used to be” he says as they tuck into their meal, before the daughter replies “better actually”.

The National Farmers Union has slammed the advert, saying it ‘demonizes meat as a food group’.

President Minette Batters wrote to the supermarket and said: “The NFU is clear that food and nutrition must be looked at as a whole, rather than food groups in isolation. Meat as a food group provides naturally rich protein and is a good source of iron, zinc and essential vitamins.

“There are certain parts of the population, especially teenage girls, who are currently not eating sufficient quantities of these micro-nutrients to fulfill their dietary requirements.

“We believe it is vital that children do not establish misleading views of food groups, which may later affect their health and diets.”

But others celebrated the advert, with one Twitter user saying it shows ‘the world is changing’.

Tesco has launched a massive new vegan section including an affordable plant-based range to cater to a growing market.

The UK’s biggest supermarket has increased its dedicated plant-based range by 48 percent – from 181 to 267 new products. Its own brand range will increase from 62 to 103 foods, with branded ranges going from 119 to 164.

Tesco been consistently adding to its vegan offer, and has now introduced new brand The Plant Chef to offer budget plant-based food without compromising on its taste or health benefits.

In addition a Butternut Cauli Mac and Breaded Goujons, both priced at £2 each, will hit the shelves by mid October along with an increasing selection of vegan options.

Tesco has also launched dedicated plant-based and vegetarian zones, along with stocking vegan products beside their meat counterparts, to increase vegan product visibility and help meat- eaters transition to plant based options.

What do you think of Tesco’s new advert? Share your thoughts in the comments section below!