WATCH: Jason Momoa shaves his beard to convince you to ditch plastic 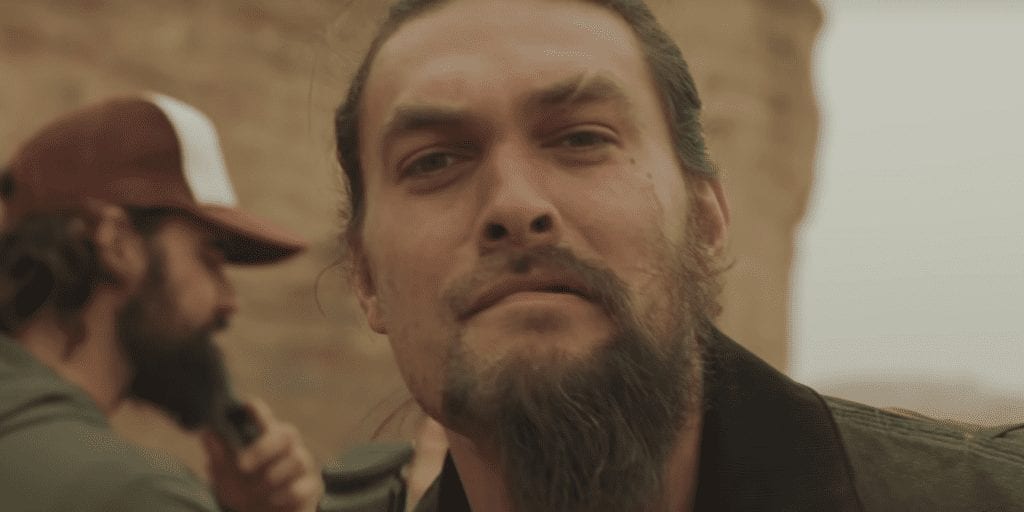 Game of Thrones superstar Jason Momoa has shaved his iconic beard to promote the use of recyclable materials.

Momoa featured in the first season of the world-beating show as fan-favourite character Khal Drogo.

The leader of the Dothraki’s long beard signified his record as a seasoned warrior, but Momoa has released a video named ‘Goodbye Drogo’ in an attempt to raise awareness of the impact of plastic on our planet.

“I think 2012 was the last time I shaved,” Momoa reveals, as he takes a razor to his beard in the desert.

“Goodbye Drogo,” he says. “I just want to do this to bring awareness that plastics are killing our planet, and I think I have a solution.

“I don’t want to b**** about it, but there’s only one thing that can help our planet and save our planet, as long as we recycle, and that’s aluminium.”

Momoa explains that 76 percent of aluminium that’s ever been used is still in circulation today, and it’s 100 percent recyclable.

“I hate going to the airport, or going on an airplane and having a water bottle this big when it can be an aluminium one, and it’s fully recyclable.”

The Aquaman star has released a range of waters in recyclable aluminium cans under the brand name Mananalu.

“There’s a change coming, and it’s aluminium,” Momoa adds to the camera, as he finishes shaving.

“Mana is the sacred spirit of life. Nalu is a powerful wave that pushes across the ocean,” the company explains on its website.

“Mananalu represents the unstoppable wave of change that is coming. The change of consciousness that won’t allow the perpetuation of plastics to litter and suffocate our oceans and damage the environment any longer.

“Together with you, Mananalu will rid the world of plastic water containers and start a wave of change that demands our purest water be packaged in aluminium, one of the most recyclable materials in the world.”

What do you think of Jason Momoa’s video? Share your thoughts in the comments below!