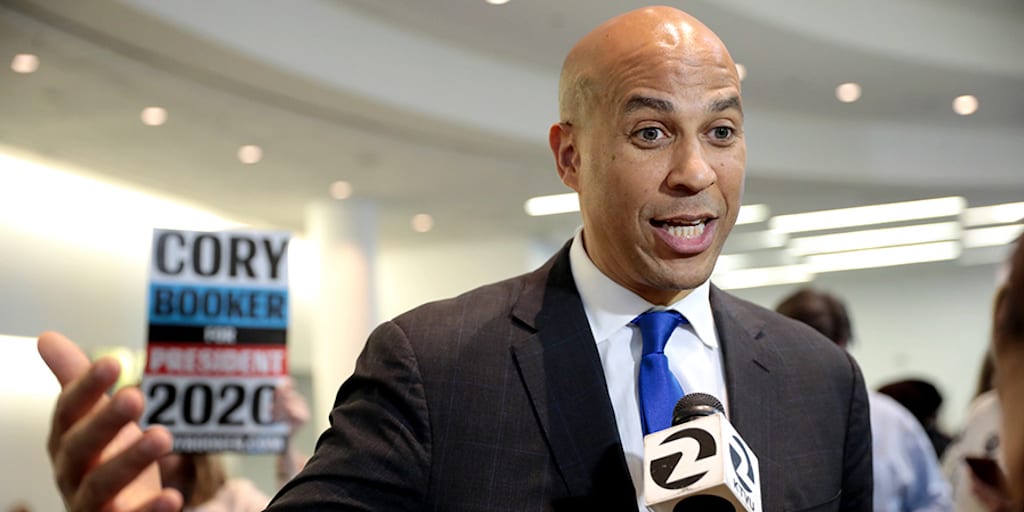 Vegan presidential candidate Cory Booker has given a passionate speech about factory farms and public health in an interview on CNN.

In the live interview Booker is asked if he would have any policies about healthy eating and climate change.

“I hear about this all the time – ‘Booker wants to take away your hamburger’, oh my gosh” the New Jersey senator says.

“That is the kind of lies and fear mongering that they spread out there.”

“I am a vegan, I take my diet very seriously. We live in a society right now… where the farming practices are becoming so perverse.”

Booker then talks about massive pig factory farms he has visited, which are run by huge companies and the farmers are extremely poor.

He explains that they have horrific practices inside massive building because ‘they don’t want people to see what’s going on’.

He says huge amounts of pig refuse at the factories are spread over fields, which then pollutes nearby towns.

“I sat in a room packed with activists who said ‘we cannot open our windows, we can’t put our clothing on the line, we can’t run our air conditioning’,” he continues.

“There’s not a single person in our country, seeing that misery, that wants to be a part of that.”

“I’m not going to be a president who’s giving tax breaks to people are polluting folks, causing cancer, destroying our environment as well,” he adds.

What difference would Cory Booker make as president? Share your thoughts in the comments below!