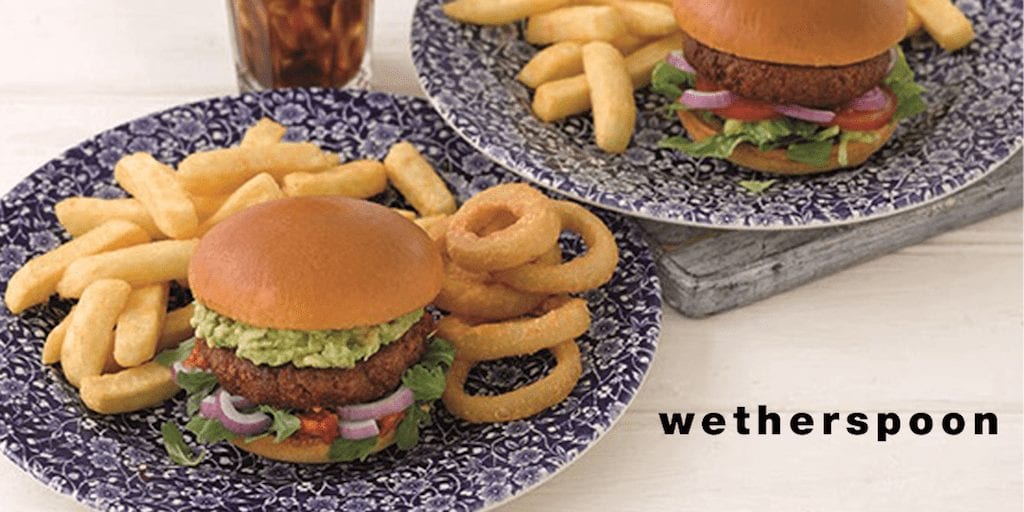 Pub chain JD Wetherspoon has announced an expanded vegan offer which will include its first ever plant-based meat burger.

The UK budget pub chain trialled The Meatless Farm’s patty in 40 restaurants, and due to its success the company has added the burger as a mainstay to all 880 sites.

The Meatless Farm is the UK competitor to Impossible Foods and Beyond Meat, and sells vegan mince, burgers and sausages in UK supermarkets.

The meat alternative is made from pea, soy and rice protein, chicory root and carrot fibre.

Wetherspoon’s head of catering, Jameson Robinson, said in a statement: “We are keen to offer vegetarian and vegan pub-goers an excellent choice of meals to enjoy at Wetherspoon.

“The plant-based burger is a great addition to the menu and we are confident that it will prove popular with vegetarians and vegans as well as those who eat meat.”

Wetherspoon’s is aiming to cash in on a rapidly growing market, with veganism on the rise and an estimated 22 million flexitarians now living in the UK.

The company now has a total of 10 vegan mains in most pubs including jacket potatoes, salads, a chilli and a curry.

It also recently pushed Heinz to change its no added sugar baked beans recipe to ensure its fry-up offer was vegan.

Morten Toft Bech, the founder of The Meatless Farm, said in a statement: “We set up the brand to try to reduce global meat consumption.

“We are delighted that our products are going into Wetherspoon’s after a hugely successful trial, with sales four times more than we were expecting.”

Which is the best vegan meat burger? Share your thoughts in the comments section below!