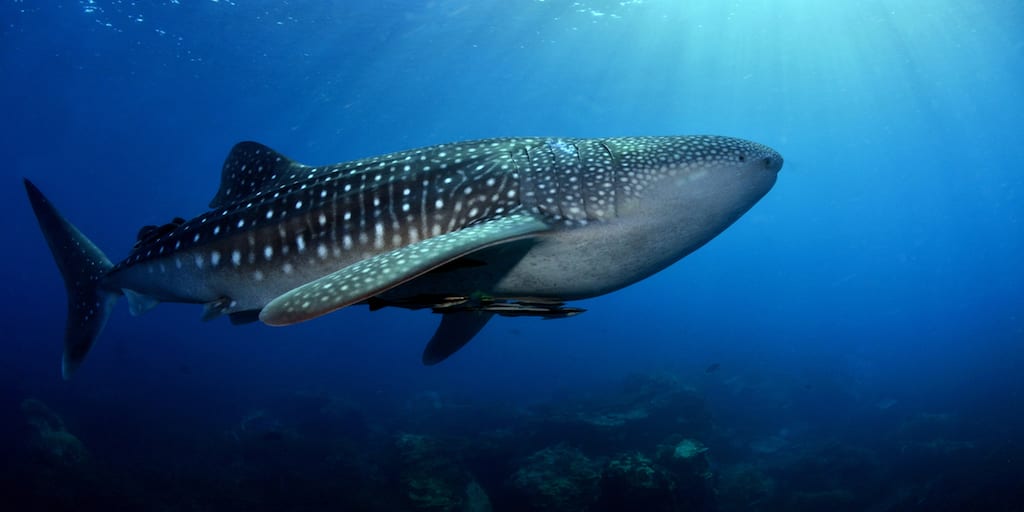 A report by a nature conservation body highlighted that the global population of the whale shark has decreased more than 50% in the last 75 years while the population in the Indo-Pacific region has reduced to a dramatic 63%.

According to the Wildlife Trust of India (WTI), an NGO that has teamed up with Tata Chemicals and the Gujarat forest department for the conservation of sharks along the Gujarat coast said around 75 percent of the global whale shark population occurs in the Indo-Pacific and 25 per cent in the Atlantic.

Whale sharks- the largest living fish in the world have already been classified as endangered species on the IUCN Red List.

According to WTI, these fish continue to be threatened due to factors like climate change, rampant fishing and ocean pollution.

At The 13th Conference of Parties to the Convention on Conservation of Migratory Species of Wild Animals (CMS COP 13), Sajan John, a marine expert from (WTI) said:  “The population of these large and vulnerable aquatic animals which are deliberately targeted for meat, has declined by 63 per cent in the last over seven decades, also due to other factors like climate change, ocean pollution and fishing pressure.”

Apart from the looming climate crisis that is warming the oceans and threatening marine-life existence, whale sharks are extensively targeted by commercial fisheries, where they are often caught as bycatch in large and small-scale fisheries.

According to the report, over 1000 fish are caught as bycatch each year, which are then used as a resource for ecotourism or for the meat industry.

John also said whale sharks are preyed upon for the shark finning trade.

“Though government has banned export of shark fins, illegally it is still being done,” said the WTI official.

In another instance, U.S. wildlife inspectors busted a consignment that contained 1,400 pounds of dried shark fins at a Miami port that was believed to be on its way from South America to Asia, a thriving market for shark fins because of its use in traditional recipes and medicinal potions. Shark fin soup is considered a delicacy in China and “up to 73 million sharks are used in shark fin soup every year.”

With the numbers of whale sharks rapidly decreasing, conservationists have been urging the government to implement measures to conserve the species.

“The enforcement agencies like Wildlife Crime Control Bureau, Customs etc should be trained on how to identify protected species of sharks. Capacity building of the enforcement team is a major thing that needs to be strengthened,” said John.

“Government needs to intensify the steps it is taking. Information dissemination in stages has to be ensured. People at ground level should also be aware of the importance of protected species,” he continued.

A senior official from the Union Environment ministry informed the government of India was committed to revive the number of whale sharks and had allocated yearly funds to the tune of Rs 20-30 million for use if needed.

Soumitra Dasgupta, IG, Wildlife, Union Environment Ministry said, “Whale sharks have been under tremendous threat. Their population has seen a sharp decline but with the assistance of fishing community and WTI, revival work is going on.”

As a result of an awareness campaign launched following the reducing numbers, a total of 781 whale sharks, have been rescued and freed by fishermen along the Gujarat coast between 2005 and 2019.

“We know work is being done in Gujarat, but we don’t have reports from other coastal states on their status. Presently we don’t have a project to conserve whale sharks,” Dasgupta told PTI.

Share this story to expose the disastrous effects of climate change, ocean pollution and unsustainable fishing on the whale shark population.