White meat is just as bad for you as red meat, research finds – Totally Vegan Buzz
Skip to content

White meat is just as bad for you as red meat, research finds 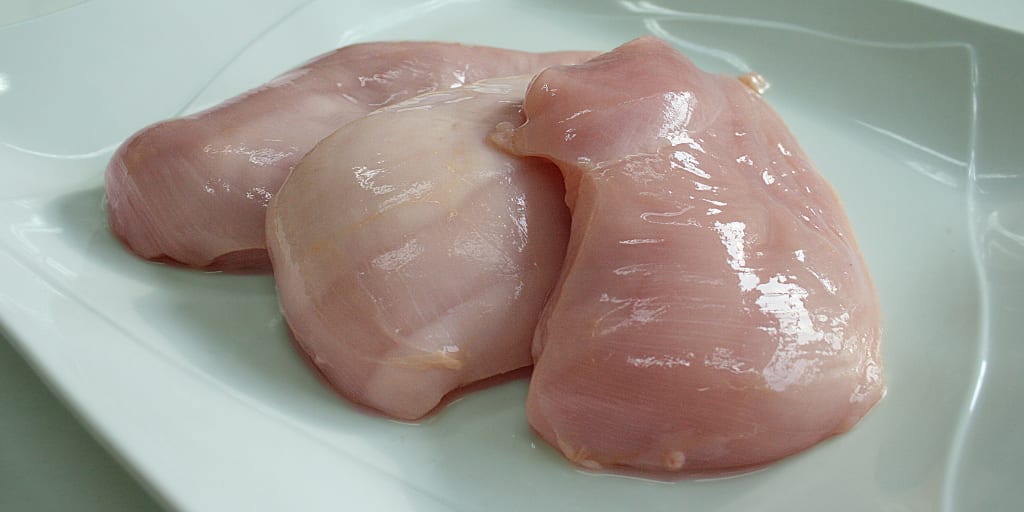 The health risks of eating red meats have been well-documented for years, but new research has revealed that eating white meats may be just as bad for your heart.

Chicken and other white meats are often promoted as being healthy protein sources with lower risks to health than beef, lamb and pork – which have strong links to cancer and heart disease.

But latest research has found that red and white meat both increase bad cholesterol levels in the blood in equal amounts, which in turn increases the risk of heart disease.

The research was conducted by the University of California, San Francisco and published in the American Journal of Clinical Nutrition.

Incredibly, the study found that eating any kind of meat raises cholesterol levels regardless of how much saturated fats are in your diet.

The study’s authors said results suggest the best way to reduce chance of heart disease is to cut out meat from your diet altogether.

Author Professor Ronald Krauss said: “When we planned this study, we expected red meat to have a more adverse effect on blood cholesterol levels than white meat, but we were surprised that this was not the case – their effects on cholesterol are identical when saturated fat levels are equivalent.”

Researchers tested 113 people aged between 21 to 65 years-old, who were put into a high or low saturated fat diet group.

They then either ate red, white or no meat over four week periods followed by a period of their normal diet.

The main red meat source was corn-fed beef, while the white meat group ate mostly chicken and some turkey.

Throughout the study participants were not allowed to drink alcohol, take vitamins, eat processed meats or change their exercise routine.

Blood tests found that eating meat of any kind increased concentrations of large LDL particles, which carry cholesterol around the body, regardless of the amount of saturated fats consumed.

“Our results indicate that current advice to restrict red meat and not white meat should not be based only on their effects on blood cholesterol,” Dr Krauss continued.

“’Indeed, other effects of red meat consumption could contribute to heart disease, and these effects should be explored in more detail in an effort to improve health.”

What do you think of this research? Share your thoughts in the comments below!