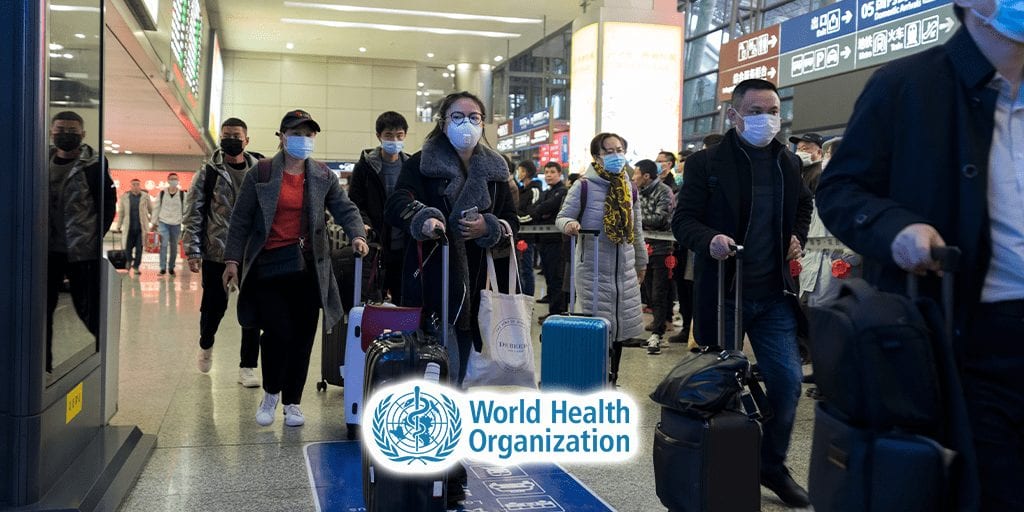 The WHO has declared the coronavirus outbreak a global emergency as the Wuhan originated virus spreads globally.

Even as China grapples with the new infection, the novel virus that originated in a Chinese seafood market has spread to 18 other countries.

Declaring the situation as a global emergency, WHO chief Tedros Adhanom Ghebreyesus described the virus as an “unprecedented outbreak” and said “We don’t know what sort of damage the virus could do if it were to spread in a country with a weaker health system.”

Info on countries in other regions follow @WHO including daily SitReps https://t.co/hmKSNUJZiz

On the advice of the Emergency Committee, @DrTedros declared the new #coronavirus a Public Health Emergency of International Concern: https://t.co/Bw5E67z685#nCoV #nCoV2019 #2019nCoV

While most cases reported internationally have been in people who were in the Chinese city of Wuhan eight cases of human-to-human infection have been reported in Germany, Japan, Vietnam and the United States.

The debate about banning wild animal markets worldwide has raged for years and studies have shown that most of the new human diseases have been traced back to animals and many of those were directly linked to animals used for food.

“Filthy factory farms, slaughterhouses, and meat markets threaten the health of every human being on the planet by providing a breeding ground for deadly diseases like coronavirus, SARS, bird flu, and more,” said PETA President Ingrid Newkirk.

Some studies claim that if corrective measures are not implemented more people will be dying of animal originated diseases than of cancer by 2050.

Kevin Olival a disease ecologist and conservationist at EcoHealth Alliance said: “When you bring animals together in these unnatural situations, you have the risk of human diseases emerging.”

While WHO believes China is capable of containing the outbreak, foreign countries are initiating voluntary evacuations of its foreign nationals from Wuhan.

With cases being confirmed in over 22 countries and a number of suspected cases in more countries, PETA is offering new face masks on pre-order to protect against pathogens while sending out a distinct message that meat breeds death and going vegan is one of the best preventive ways to tackle animal originated diseases.

“For the sake of these wild species’ future, and for human health, we need to reduce consumption of these wild animals,” said Diana Bell, a wildlife disease and conservation biologist at the University of East Anglia who has studied SARS, Ebola and other pathogens.

According to the Academy of Nutrition and Dietetics, meat eaters are more prone to heart disease, diabetes, obesity, and cancer; whereas a plant-based diet not only helps offset lifestyle diseases but also saves animals from exploitation, cruelty, and agonizing deaths.

What does the coronavirus outbreak tell us about the meat industry? Share your thoughts in the comments section below!