Why is Vitamin B12 so important and natural sources of B12 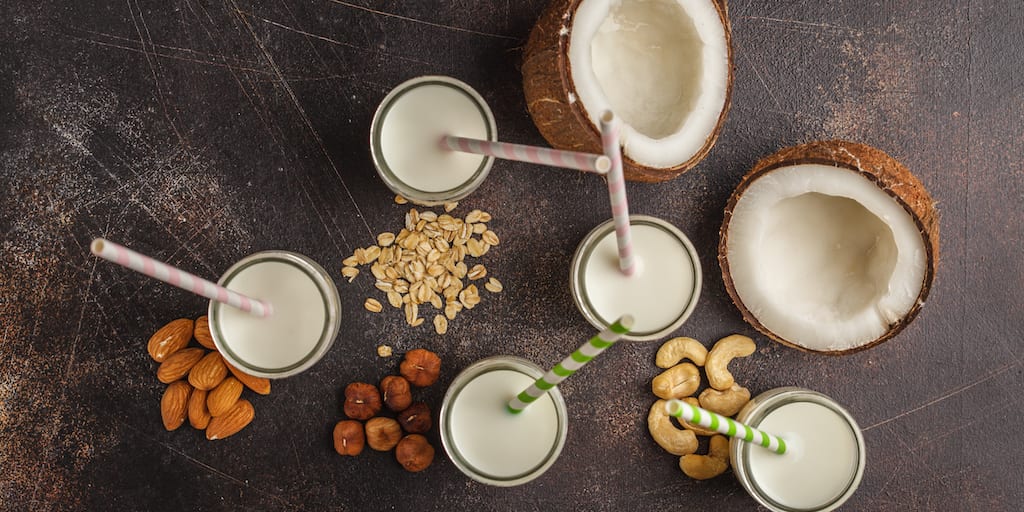 A wholesome plant-based diet is not only tasty, but also nutritious and sufficient to get your daily dose of macro and micronutrients barring some exceptional ones like Vitamin B12.

We need Vitamin B12 for the healthy functioning of various organs and systems of our body.

Also known as cobalamin, this water-soluble vitamin is essentially a ‘brain food’-which means it is important for our brain to function optimally.

It is also vital for healthy nerves, and DNA and RNA synthesis.

Vitamin B12 also teams up with B9 to make red blood cells.

Jaclyn London, M.S., R.D., C.D.N., Nutrition Director at the Good Housekeeping Institute says: “Getting B12 daily is crucial as we age, since a deficiency is linked to cognitive decline and impaired nerve function,”

What are the symptoms of a Vitamin B12 deficiency?

But the catch is that B12 deficiencies may not show up for many years in otherwise healthy vegans.

Are vegans the only ones to have low levels of B12?

Levels of Vitamin B12 in the body depend on several factors.

Firstly, there are different forms of B12 which have different levels of bioavailability (amount of vitamin absorbed and ready to use).

Vitamin B12 is primarily found in active and inactive forms.

While Methylcobalamin, Adenosylcobalamin and Hydroxocobalamin are bioactive forms, Cyanocobalamin is available as an inactive source.

High homocysteine levels are considered heart disease and stroke risk markers because free homocysteine in the blood stiffens the arteries increasing pressure on the vascular system and the heart. Another important reason to have adequate levels of Vitamin B12.

Cyanocobalamin needs activation. A protein called intrinsic factor in the stomach binds to cyanocobalamin to activate it and facilitate its absorption into your blood and cells.

Any extra vitamin B12 in the body is stored in the liver for future use.

So, a deficiency is possible in anyone who produces insufficient intrinsic factor or doesn’t eat enough vitamin-B12-rich foods and this is regardless of one’s dietary choices.

How do vegans get their quota of B12?

Humans rely on their diet to meet their vitamin B12 requirements because they can’t produce it on their own.

The vitamin is synthesized by bacteria in soil or water so unwashed food and natural water sources were contenders earlier, but now with everyone receiving processed water -you’re lucky if you have access to natural springs or creeks and making sure  vegetables and fruits are washed thoroughly, there is no chance of getting any B12 from soil or water.

The major food sources of B12 are meat, milk, and eggs. This is because farmed animals are often given vitamin shots or fortified feed. In short, meat eaters are also getting B12 as a supplement.

With vegans ditching meat products, the only options available are eating fortified foods and plant milks and supplements.

You can choose to eat a supplement containing ten micrograms or more daily or 2000 micrograms once a week.

Chewing the tablet or allowing it to dissolve in the mouth enhances absorption.

Although there is no medical evidence for toxicity at higher doses, it is better to avoid consuming more than 5000 micrograms per week.

Get a vitamin B12 blood level test and seek professional medical help if you have a doubt about the amount you need.

Some fortified food sources include:

Many marketed products made with whole-grain oats or bran are fortified with vitamin B12, and can provide about 30% of the daily value in just one serving.

Also known as “nooch,” this nutty flavoured yeast is sold as a condiment and is obtained from sugarcane or beet molasses. It is packed with multiple vitamins and minerals and many brands are fortified with vitamin B-12.

Many plant-based milks such as almond milk, soymilk, macadamia milk and rice milk are now available fortified with vitamin B-12.

Mushrooms, seaweed and fermented sources of Vitamin B12

The jury is still out on whether these foods are reliable sources of vitamin B12.

A popular fungus claimed to be highly nutritious with B12 included. However, studies confirm that the amount available in these mushrooms is so little that the amount needed to eat to reach a RDA is highly impractical.

This purple-coloured seaweed found in sheets or flakes are suggested as being the only non-animal source of Vitamin B12 but more research is still required to confirm this.

Scientists suggest that is an emerging source of vitamin B12. Also known as water lentils, research claims it contains bioactive forms of the vitamin.

A highly nutritious green algae powder, but contains compounds called B12 analogues, which bind to B12 receptors in the human body and hinder vitamin B12 absorption.

Foods fermented using bacteria include tempeh, miso, natto, kimchi, kombucha, sauerkraut and more. Although the bacteria do produce some B12 during fermentation, the amounts are extremely small to rely on these products for vitamin B12.

While a wholesome vegan diet is sufficient to get all our nutrients, Vitamin B12 is a concern and we must get what we need from supplements and fortified foods.

In fact, according to The National Health and Nutrition Examination Survey, 3.2 percent of adults over 50 have a very low B12 level, and 20 percent are borderline B12 deficient and this is not restricted to a vegan population.

So, it is absolutely fine to resort to Vitamin B12 supplementation for optimal health and wellbeing.

Share this information to reveal the importance of Vitamin B12 in our diet.