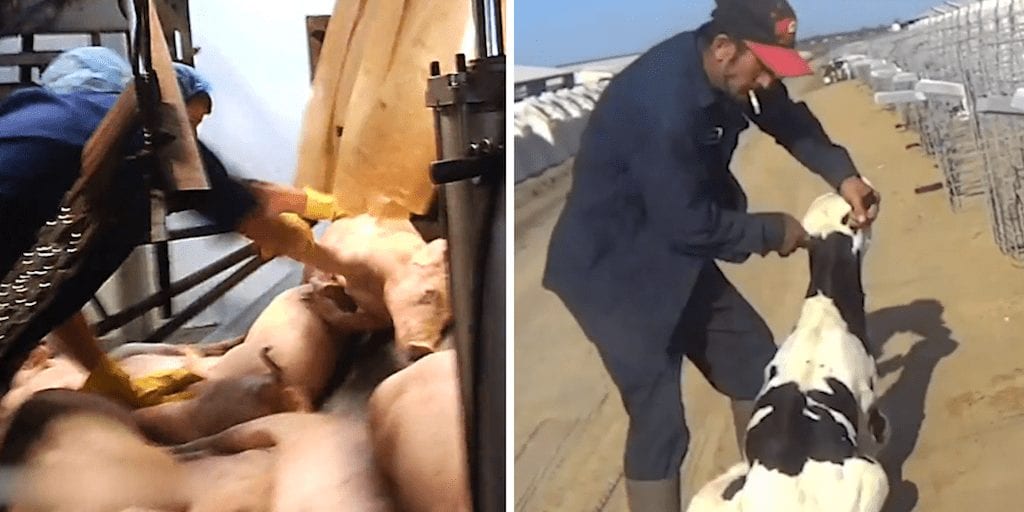 If you have a shred of compassion, you’ll hate to see animals being tortured and killed. But even after turning vegan, avoiding slaughterhouse images altogether is ultimately turning our backs on the animals we love.

Arguably vegans have earned the right to avoid seeing disturbing slaughterhouse practices which we choose to take no part in, but surely the least we can do for the animals is to keep exposing the reality of the meat and dairy industries.

As the editor of pro-vegan publication Totally Vegan Buzz, probably the worst part of my day is trawling through the internet to find the most horrific investigations into animal abuse at farms around the world – but it’s also arguably the most important thing I do.

It causes me great distress to watch videos of innocent cows, pigs, chickens and goats subjected to imprisonment and brutal killings.

I even feel guilty about sharing them on social media, as I know it’s going to upset many of our compassionate readers.

I can guarantee we’ll be met with comments such as ‘Unfollowing’, ‘I feel sick’, ‘This is disgusting’ or even ‘What’s wrong with people? Why are you posting this?’.

While I understand these reactions, as a vegan publication we would not be doing our duty to the animals if we didn’t publish these investigations.

It may ruin our day to see the results, but the pain it causes the viewer is not comparable to each and every one of the billions of animals suffering at the hands of humans every day.

Each time an activist exposes the brutality of the meat and dairy industries, the potential benefit is huge.

Customers are still shocked and appalled to find out that supermarket slaughterhouses are guilty of some of the most horrendous cases of animal abuse. Shocking investigations force businesses to drop ties with major meat and dairy companies. When fires tore through the Amazon this year, businesses suddenly started banning beef.

Sharing shocking slaughterhouse imagery might upset your family, and you may even lose friends over it. But if you manage to turn one single person vegan – just think how many animal lives you’ve saved.

It is no coincidence that the rise of veganism has coincided with the birth of the internet and the increasing power of social media. We all have the truth at our fingertips. Let’s keep the momentum going – for the animals.