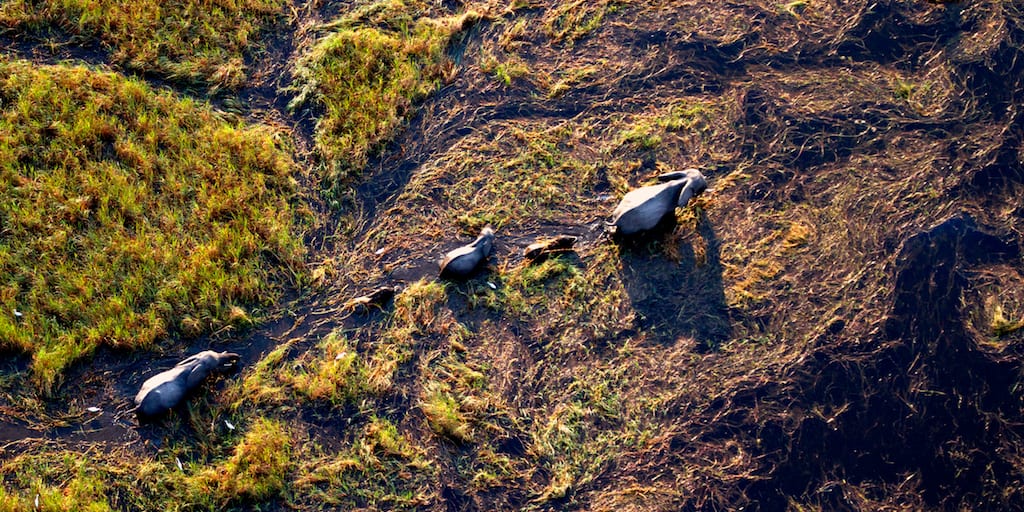 The World Wildlife Fund for Nature list has highlighted how wildlife is slowly disappearing from the planet due to vested human interests.

According to a list prepared by the World Wildlife Fund for Nature close to 16 animals have been marked “critically endangered,” which means you most likely won’t see them 10 years from now.

Mass extinctions- when about three-quarters of all species in existence across the entire Earth are lost over a “short” geological period of time- have happened in the past and a number of species have gone extinct due to the changes in evolution that rendered them more vulnerable than others. But, that is a phenomenon that has happened only five times in the past 540 million years.

While the previous extinctions have been categorized as a part of the evolutionary life cycle, the current catastrophic influences that have brought about today’s species losses are driven by a combination of direct and indirect human involvement.

Today, species are going extinct at a rate ranging from 10 to 100 species per million per year. In a list prepared by the International Union for Conservation of Nature called  Red List of Threatened Species, 32% of all known species across all ecosystems and groups are rapidly disappearing. WWF estimates the Earth has lost about 60% of all vertebrate individuals since 1970.

Also known as the Far East leopard, the Manchurian leopard or the Korean leopard, this rare subspecies of leopards is native to the Amur-Heilong region that borders far east Russia and northeastern China.

The WWF reports that around 84 are living in the wild and some 180 in captivity.

The Amur leopard is poached largely for its beautiful, spotted fur and illegal hunting has been the one of the main reasons for its dwindling numbers. However, WWF and TRAFFIC -an organization that fights illegal wildlife trading has implemented programs to stop poaching, monitor populations, and protect the leopards’ habitat.

“Amur leopards are teetering on the brink of extinction. With the establishment of the Land of the Leopard National Park, in conjunction with other conservation efforts, we can now start to focus on how to begin bringing them back,” says Managing Director of Species Conservation, Dr. Sybille Klenzendorf.

There are three subspecies that have been identified as critically endangered, which include the Black Rhino, Sumatran Rhino and the Javan Rhino.

The black rhinos are natives to Namibia and East Africa and according to Save The Rhino, there are between 5,366 and 5,627 black rhinos left in the wild.

Other activities like habitat encroachment, settlements, and infrastructure development destroyed the rhino habitat.

However, conservationist efforts by WWF’s Black Rhino Range Expansion Project (BRREP) to increase black rhino population by implementing various measures such as moving them to other habitats, working with law enforcement, local governments and communities has helped the species  revive from the brink of extinction.

The Sumatran Rhino is the smallest rhino species and the only Asian rhino to have two horns. The animal lives on the Indonesian islands of Sumatra and Borneo.

The Rhino horn is coveted especially in Asian markets for its alleged medicinal qualities and as ornaments and jewelry pieces.

According to Save The Rhino, there are about 80 Sumatran rhinos left in the wild, and while poaching reduced their numbers drastically in the past, they’re now on the verge of extinction because humans have destroyed forests for palm oil and paper pulp. The resulting fragmented population has hampered breeding patterns reducing their numbers further.

WWF is working to revive the population by taking a stance against poaching, breeding them in captivity, and relocating the isolated or meagre groups to areas that have sustained a higher population.

WWF has declared the Javan Rhino to be the most endangered of all rhinoceros species. With about only 72 animals alive in Ujung Kulon National Park, chances of the Javan Rhino population surviving is fairly slim making them extremely susceptible to natural disasters, climate change and disease outbreak.

While poaching and illegal encroachments have threatened the survival of this animal, WWF along with The International Rhino Foundation and the Rhino Foundation of Indonesia are working to protect and expand the Javan Rhino’s habitat, facilitate a second population and curb poaching.

The Bornean Orangutan and the Sumatran Orangutan are listed as endangered species. The Orangutan Foundation International reports that habitat encroachments by way of legal and illegal logging, cutting trees for palm oil and timber, and mining are the main reasons why orangutans are facing extinction threats.

The orangutans are natives to Indonesian islands of Borneo and Sumatra, and there are  about 41,000 Bornean and 7,500 Sumatran orangutans left in the wild.

Although both the species have characteristic shaggy reddish fur, the Sumatran orangutans have longer facial hair and seem to be more sociable than their Bornean cousins.

Animal activist organisations are working to restore the habitat, rehabilitate the animals held captive, and educate the local communities about saving the dwindling population.

Gorillas thrive in the Congo basin and hunting, illegal mining, habitat loss for timber, agriculture, and livestock , and disease are the major reasons for their decreasing numbers.

The Eastern Lowland gorillas are the largest gorilla subspecies, with a “stocky body, large hands and short muzzle.”

Scientists estimate that more than 50% of eastern lowland gorillas have declined since the 1990s when they were around 17,000 living in the wild.

Experts estimate there are about 200-300  of the Cross River gorillas and up to 100,000 of the Western Lowland gorillas left in the wild.

This aquatic species lives in tropical oceans, predominantly in coral reefs around the world. They are famed for their distinctive pattern of overlapping scales, which makes their colored shells highly-valuable and sold as “tortoiseshell” in markets. They are called Hawksbills for their narrow, pointed beaks.

According to recent figures, the global population has dipped by 80 percent over the past 100 years and about 8,000 nesting females remain in the wild today.

Efforts such as reducing turtle harvesting, stopping illegal trade of hawksbill products, protecting the habitat,  satellite tracking, and promoting “turtle-friendly fishing hooks” have been initiated to save the turtle.

Saola means “spindle horns” in Vietnamese, and this animal is related to the cattle but resembles an antelope. The WWF report states that the Saola is found only in the Annamite Mountains of Vietnam and Laos.

The Saola was discovered only in 1992 and the current rough estimate of its maximum numbers is less than 750.

However, the  WWF along with local communities has set up projects to improve forest restoration, secure protections through law enforcement and preserve protected areas.

Native to the Southeast Asian islands of Borneo and Sumatra, these gentle giants have been facing extinction ever since man destroyed nearly 70 percent of the Sumatran elephant’s habitat. Poaching of the male for the illegal ivory market has further strained the population ratio.

Elephant numbers have declined by a whopping 80 percent in less than 25 years with about 2,800 remaining in the wild.

Large scale deforestation drives many herds into human settlement where the animals end up damaging crops, trampling property and even killing people. This leads to communities poisoning or shooting the elephants further reducing the numbers.

Reforestation, preserving the habitat and reducing human-elephant interaction are some conservation efforts made to save the elephant.

The Sunda tigers live on the island of Sumatra in Southeast Asia. According to the WWF, there are only about 400 remaining in the wild.

Illegal wildlife trade accounts for nearly 80 percent of these tigers’ deaths each year. In addition, deforestation for agriculture, plantations, and human settlement have reduced the forest cover from 58% to 26% between 1985 and 2014.

Implementation of stricter anti-poaching laws and preservation of forests are some of the conservation strategies in place.

While the situation is grim, human efforts to protect the environment, preserve vulnerable species, stop illegal activities and spread awareness have helped populations of several endangered species revive from the throes of oblivion.

What else should authorities do to save critically endangered species? Share your thoughts in the comments below!