Will Smith and Leonardo DiCaprio form alliance to save the rainforest 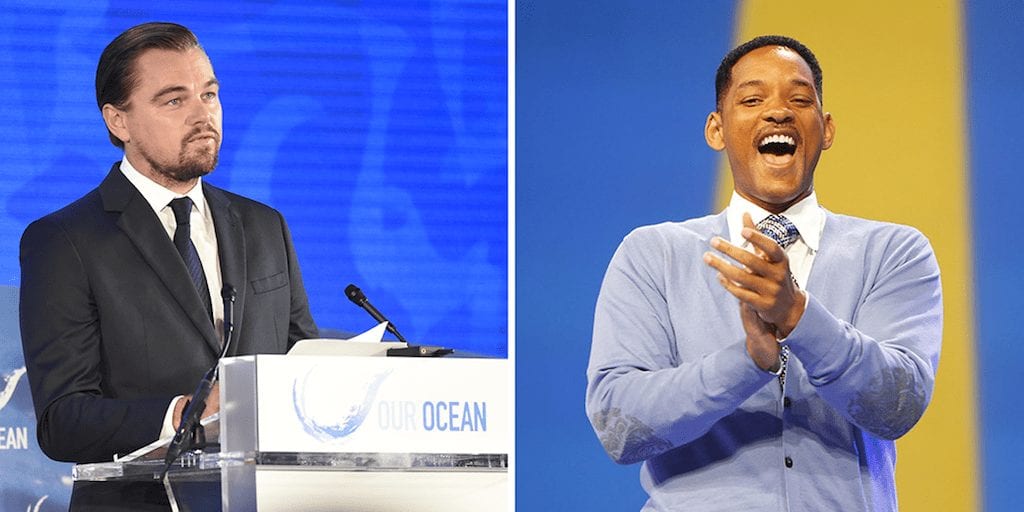 Will Smith and Leonardo DiCaprio have formed an alliance between their environmental companies in an effort to raise funds to save the Amazon rainforest.

Smith’s sustainable water company JUST Water and eco-friendly footwear company Allbirds, for which DiCaprio is an investor, have collaborated on two pairs of shoes named Tree Runners and Tree Toppers.

The profits from the sales of the shoe will go to DiCaprio’s Amazon Forest Fund, which was set up by the actor and his philanthropic associates-Laurene Powell Jobs and Brian Sheth.

“There is only one Mother Earth and it’s on us to protect her. The Brazillian Amazon, our largest carbon sink, has now been burning for a month,” Smith said about the launch.

“We source Just sugarcane caps from Brazil, so this hits especially close to home. Collaborating with businesses who are creating innovative sustainable solutions are the key to our future, and it’s important that we support those brands who give back more than they take.”

Earth Alliance is a group of scientists, entrepreneurs and conservationists who have joined forces to preserve ecosystems and wildlife, establish climate justice, support renewable energy and secure indigenous rights. The group has pledged $5 million to protect the rainforest.

The Amazon fires, driven by climate change, are releasing drastic amounts of carbon dioxide into the atmosphere and destroying an ecosystem that absorbs millions of tons of carbon emissions every year, and is one of the planet’s best defenses against global warming.

After launching Earth Alliance, DiCaprio said: “Earth Alliance is committed to helping protect the natural world. We are deeply concerned about the ongoing crisis in the Amazon, which highlights the delicate balance of climate, biodiversity, and the wellbeing of indigenous peoples.

“The largest rainforest in the world is a critical piece of the global climate solution. Without the Amazon, we cannot keep the Earth’s warming in check.”

What do you think of DiCaprio and Smith’s efforts to save the environment? Share your thoughts in the comments below!