Wimpy launches its first-ever vegan burger in the UK 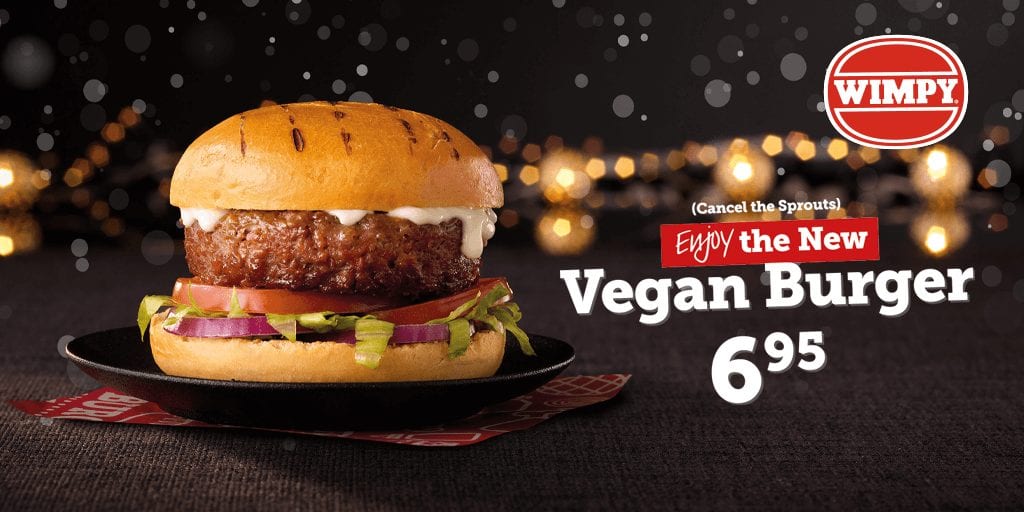 The vegan meat burger is a limited-edition offering which is only available in participating restaurants for now.

According to Wimpy, its brand-new burger has been developed to target the growing meat-free & flexitarian population

It features ‘a Beyond Meat patty, which combines pea & rice protein, with extracts of potato, apple, beetroot, pomegranate, carrot & lemon juice, to create the perfect blend of flavours’.

The UK’s first hamburger restaurant added that the patty is served inside a grill marked vegan brioche bun, with shredded iceberg lettuce, sliced fresh tomato & red onion, and a dollop of vegan mayo.

While Wimpy doesn’t offer many vegan options, its bean burger – ‘a plant-based burger served by the restaurant as an alternative to meat- remains a customer favourite’.

The burger is a tasty combo of cannellini, red kidney, black turtle, haricot and pinto beans, blended with spices and wrapped in a brown bun.

Share this story to let others know about Wimpy’s limited edition vegan burger.