Woman shelters 97 stray dogs in her home during Bahamas hurricane 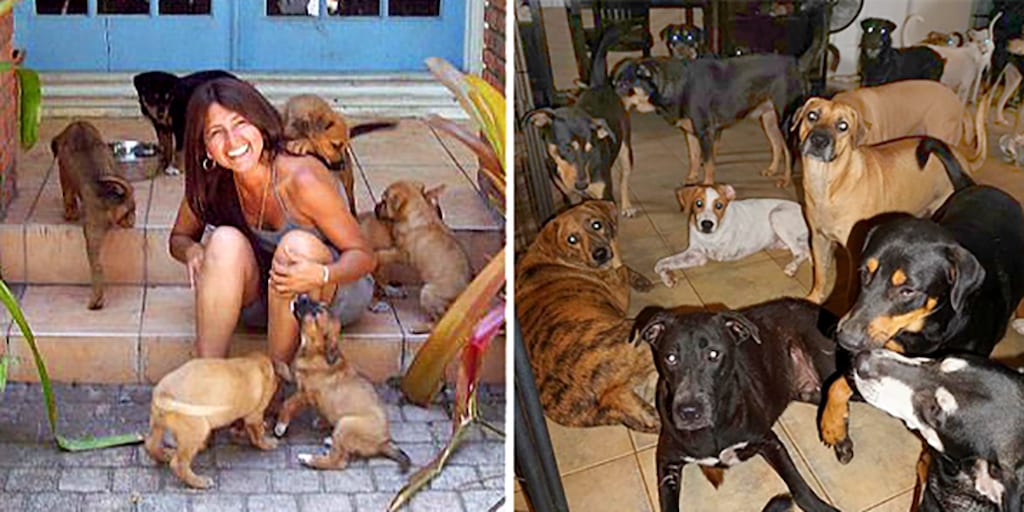 As a Category 5 hurricane loomed in the Bahamas, one compassionate woman took 97 stray and unwell dogs into her home to save them from the storm.

Chella Philips, manager of The Voiceless Dogs of Nassau, shared pictures from her house as Hurricane Dorian tore through the country.

Many dogs had been abandoned as people fled away from the storm, but Philips wasn’t willing to turn away any needy pups.

As 200mph winds caused havoc outside, she posted on Facebook:  “97 dogs are inside my house and 79 of them are inside my master bedroom.

“It has been insane since last night, poop and piss non stop but at least they are respecting my bed and nobody has dared to jump in.”

The animal lover was playing music for the dogs and keeping them cool with the air conditioning.

“We may not get hit as hard as other islands and the saddest part is that after the hurricane leave the Bahamas, some islands will take a long time to recover,” she continued.

“Each island has an abundance of homeless dogs, my heart is so broken for the ones without a place to hide from a Cat 5 monster and only God can protect them now.”

Philips runs a nonprofit organisation which sends local dogs to the US for adoption.

Her charity has cared for more than 1,000 animals, and her post helped her gain donations to buy her guests crates to sleep in.

Philips told ABC Action News she eventually lost power and the ferocious storm caused water to leak into her home.

As the hurricane hit Florida, the Humane Society of the Treasure Coast began a rescue operation to save pets whose owners were forced to leave them behind as they evacuated.

1 million residents of Florida, Georgia and South Carolina have been told to leave their homes due to risks associated with the impending storm.

What do you think of Chella Philips’ actions? Share your thoughts in the comments below!