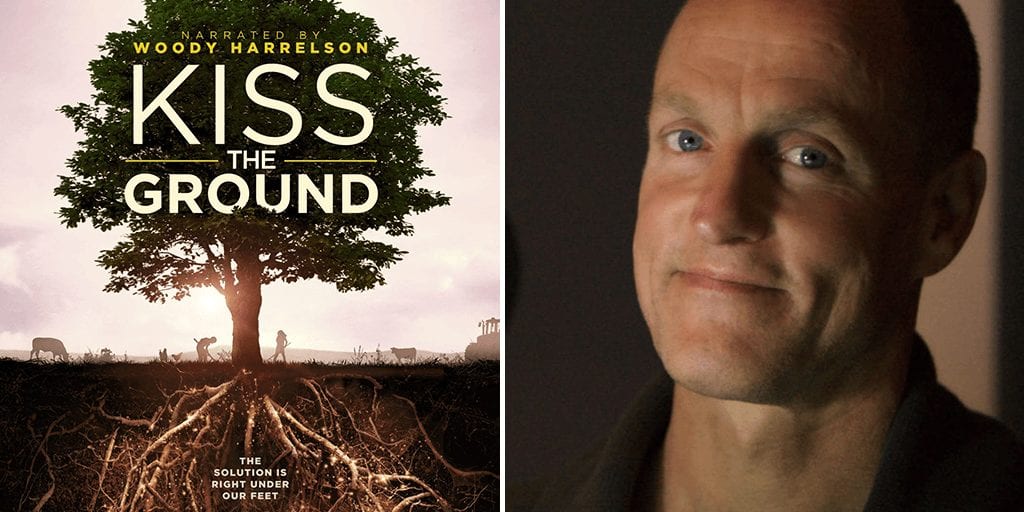 ‘Never before has there been a more important message, and the good news is it’s hopeful, it’s actionable and the film shows us steps we can take right now’

With a new digital clock now counting down the time before the planet faces an apocalyptic breakdown brought on by climate change, solutions to combat the looming crisis has never been more pressing.

And, documentary “Kiss the Ground” is offering one critical solution by stating that regenerating the Earth’s soils can halt desertification, clean water ways, keep species off the extinction list, better feed the world and most importantly draw carbon out of the atmosphere and store it in the Earth- a vital step that can heal the planet and reverse climate change.

The Netflix documentary on regenerative agriculture narrated by Woody Harrelson, is a 90-minute edict telling you that “the solution is right under our feet and it’s as old as dirt.”

‘Tens of thousands of hours of research’

Adding more power to the narrative that took seven years to become the visual it is today are other celebrities including Gisele Bündchen, husband Tom Brady, Jason Mraz, Ian Somerhalder, Patricia Arquette, David Arquette and Rosario Dawson, who have been roped in by directors Josh Tickell (“Fuel”) and Rebecca Tickell for their passion towards the environment.

The film, a selection of the 2020 Tribeca Film Festival clearly states that the choices we make around soil and food in the next 10 to 20 years will determine the next thousand years of human civilization.

“This film represents the culmination of tens of thousands of hours of research by scientists around the world who have finally cracked the code on managing climate change – before it’s too late,” Josh Tickell said.

The film has drawn on compelling graphics and visuals, along with striking NASA and NOAA footage to illustrate soil’s poignant role in catalyzing a movement that will go on to transform the climate and revolutionize our species’ future.

“Never before has there been a more important message, and the good news is it’s hopeful, it’s actionable and the film shows us steps we can take right now,” Rebecca Tickell added.

‘Greatest work of my lifetime’

The film has been a life changing experience for Executive Producer and fellow actor Ian Somerhalder, who said: “This film is the greatest work of my lifetime and my greatest accomplishment (other than being born and having kids of course) I’ve never been more proud of anything in my life. Ever.

“You’ll see why. This is a simple solution to literally stop climate change in its tracks. This film will change the world and our lives.”

Kiss The Ground is currently streaming on Netflix.