World Cup winner Alex Morgan is vegan for the animals 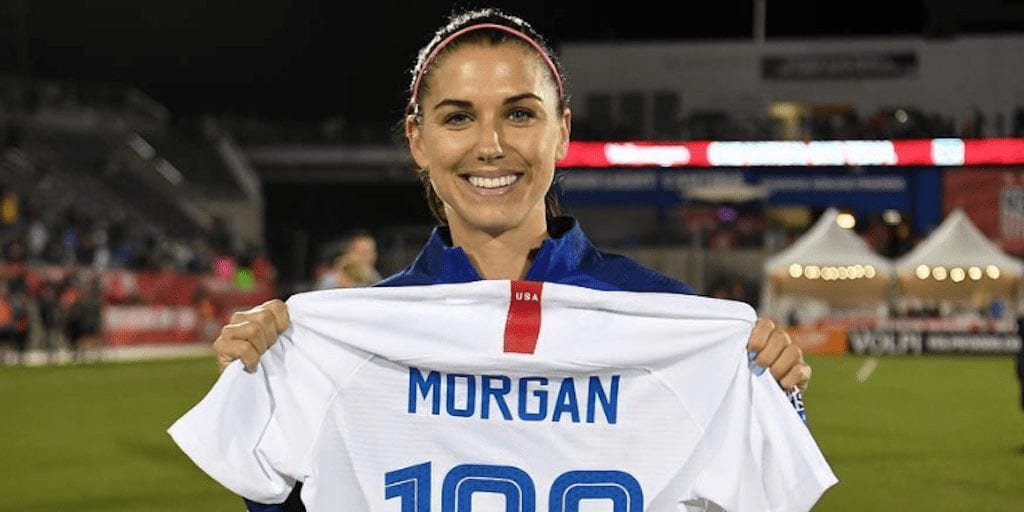 Alex Morgan is on top of the world after winning the women’s football World Cup yesterday, and the superstar is a compassionate vegan and animal lover.

The US triumphed 2-0 in the final against the Netherlands yesterday, and co-captain Morgan is an integral figure in a team lauded as the best in the sport’s history.

Morgan revealed in an interview with Reuters that she’s a passionate vegan. When asked where the footballer spends her ‘philanthropic time and money’, Morgan responded: “The main focus is kids and animals. I do a lot of work with Boys & Girls Clubs, and I’m an ambassador for UNICEF.

“I also support the ASPCA, because I am passionate about giving animals a voice. I even adopted a vegan diet, because it didn’t feel fair to have a dog I adore, and yet eat meat all the time.”

The sports star also explained in a chat with Time magazine that her plant-based diet helps her achieve the best possible athletic performance to keep her at the top of the women’s game.

On World Vegan Day last year, she announced on Twitter that she’d “never felt better” after eating vegan for a year.

Last month Morgan was named the ‘most beautiful vegan celebrity’ alongside NBA star Kyrie Irving by the People for the Ethical Treatment of Animals (PETA).

“Alex Morgan and Kyrie Irving are saving animals not only by keeping them off their plates but also by showing the world what they can do on vegan fuel,” says PETA Senior Vice President Lisa Lange.

“They’re living proof that the future of professional sports is vegan.”

Morgan—an Olympic gold medalist who just became only the second player in Women’s World Cup history to score five goals in a match during Team USA’s record-breaking game against Thailand—went vegan shortly after starring in a companion animal campaign for PETA alongside her rescued pup, Blue, and hasn’t looked back.

What do you think of Alex Morgan’s activism? Share your thoughts in the comments below!