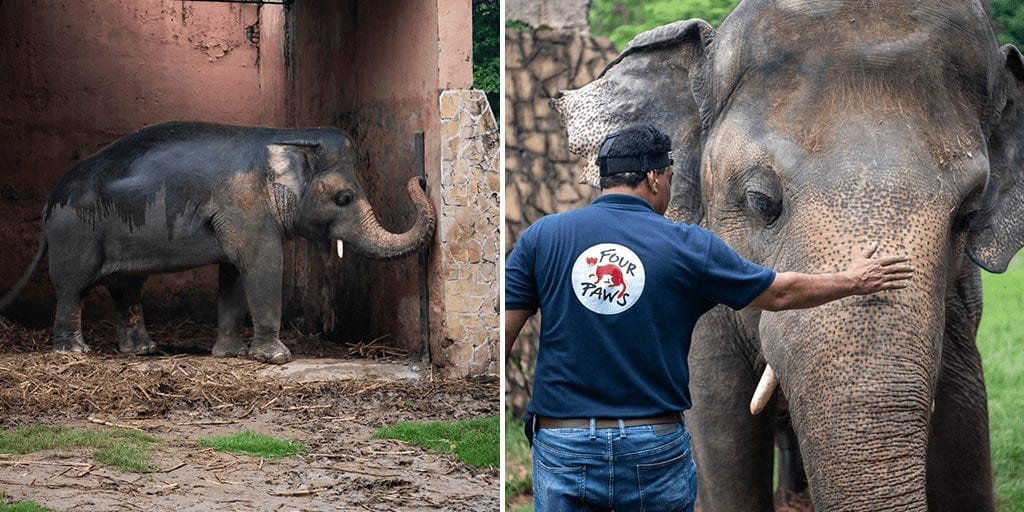 The move comes after Islamabad’s High Court ordered to close Marghazar zoo on account of its terrible conditions and move the remaining animals to appropriate sanctuaries including Kaavan, who has been living in the zoo for 35 years.

The elephant is said to have been chained and grossly neglected with no proper veterinary care.

His heart-wrenching pictures of being confined and chained in a tiny enclosure with only a decrepit shed to screen the scorching sun and a dirty pool to play attracted the attention of animal activists around the world, and celebrities including U.S. singer Cher, who has been lobbying for his relocation since 2016.

Kaavan is most likely to be relocated to a Cambodian sanctuary where he will find companionship and better care.

International animal rights organisation Four Paws conducted a complete medical examination to see whether he was fit enough to take the journey.

According to the team, Kaavan is malnourished and shows visible signs of obesity due to lack of physical exercise. Also, his nails are cracked and malformed due to the enclosure’s improper flooring that has damaged his feet. However, despite his current health, he is good enough to be transported.

“Following the checks, which confirmed Kaavan is strong enough, steps will now be taken to finalise his relocation to an animal sanctuary potentially in Cambodia,” Martin Bauer, a spokesman for animal rights organisation Four Paws, said.

The Four Paws team added that kaavan is not only physically traumatized but has developed emotional and behavioural problems as well.

After losing his partner in 2012, Kaavan battled loneliness as well as poor living conditions both of which have affected him adversely.

“He also developed stereotypical behavior, which means he shakes his head back and forth for hours. This is mainly because he is simply bored,” Bauer said.

The date for kaavan’s travel is yet to be announced.