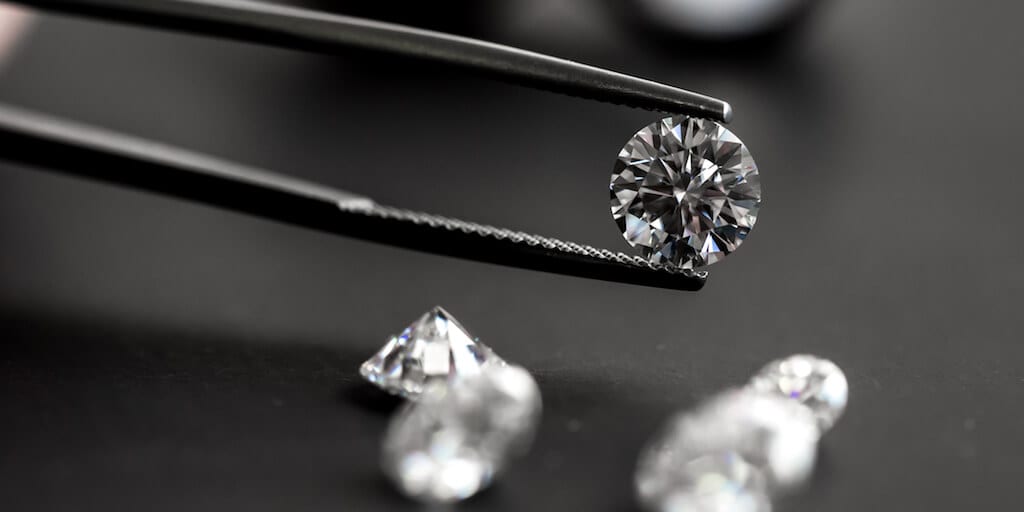 “Making diamonds from nothing more than the sky, from the air we breathe – is a magical, evocative idea – it’s modern alchemy.”

Dale Vince, founder of energy company Ecotricity, has created the world’s first diamonds “made entirely from the sky.”

Britain’s wealthiest green energy businessman claims to have developed a clean process by which carbon from the atmosphere is crystallized to form diamonds.

According to Vince’s new venture, Sky Diamonds, the stones are made by specialised machines that transform atmospheric carbon dioxide into diamonds that are “physically and chemically identical to Earth-mined diamonds.”

The founder added that the new “bling without the sting” diamonds are “not just low carbon, not just zero carbon, but actually negative carbon”.

Vince told The Guardian that Sky Diamonds would use a process known as chemical vapour deposition to create the diamonds at his Gloucestershire facility.

While he admitted that the manufacturing process is not unique, since synthetic diamonds have been in the making since 1946, Vince clarified his process is more sustainable. The materials and energy used in the process include carbon from the wind, water from rainwater and energy derived from solar and wind power.

“Making diamonds from nothing more than the sky, from the air we breathe – is a magical, evocative idea – it’s modern alchemy,” Vince said.

“It’s industry fit for the 21st century… Our new process puts back air that is cleaner than we take out – we have negative emissions.”

Great chat about Sky Diamonds with @euronews earlier. Been in the office doing interviews since 6am – lots more to do 😎 pic.twitter.com/OlVjhopKkd

He added that the Sky Diamonds process is also more ethical in light of the bloody conflicts that have been associated with diamond-producing regions, and offsets the environmental and socio-economic impact of the mining industry.

According to research, producing a one-carat stone can involve shifting 1,000 tonnes of rock and earth, 3,890 litres of water, and more than 108kg of carbon dioxide emissions.

“For me it is 21st century technology, it’s being used to fight the climate crisis, to create greater sustainability, it’s part of the green industry revolution and it’s a great example of how we can live this greener life and still live,” Vince said.

“The green way that we need to live is not about giving stuff up, it’s about doing things differently.”

While Vince has not yet decided on the price tag for the new diamonds, accredited by the International Gemological Institute, the climate-conscious gems are expected to hit the market early 2021.

Share this news to let others know about the world’s first diamonds “made entirely from the sky.”