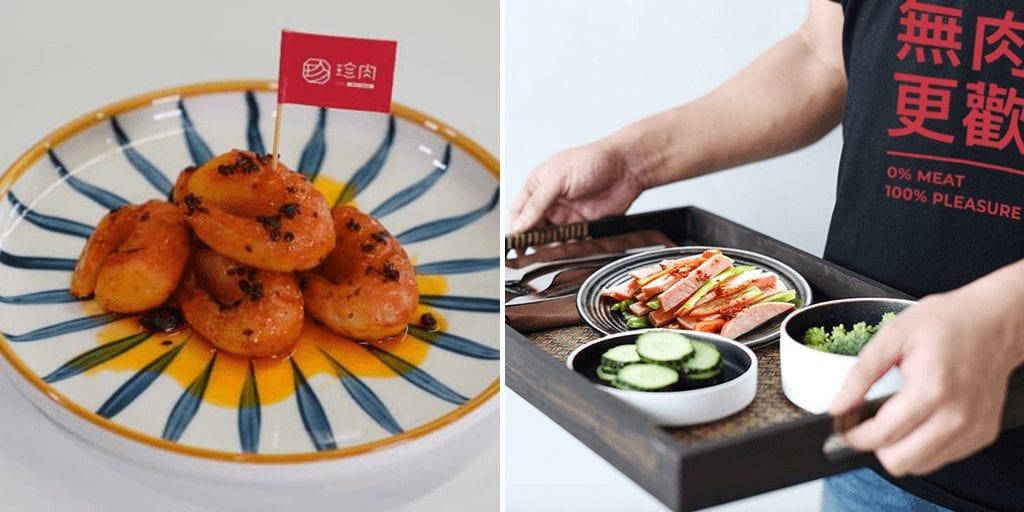 The pork tenderloin is made using pea and soy protein. The outside layer comprises sweet potato starch, which gives it a unique crispiness on deep-frying.

The vegan crayfish is made from seaweed and konjac- a root plant.

Since China is the world’s largest consumer of pork and one of the biggest consumers of crayfish, Zhenmeat aims to whet the appetites of local consumers looking for alternatives to their favourite meat products.

According to the food start up, developments such as the corona pandemic, other animal borne diseases, health implications of meat and its environmental impacts have changed people’s views toward plant-based food.

“More Chinese consumers now want to pursue a balanced diet and reduce the consumption of meat. They want foods that can provide much protein, and plant fibre to boost their immunity,” Zhenmeat founder and CEO, Vince Lu, told SCMP.

“Our products, with lower calories, can make consumers feel full and give them extra nutrition.”

The South China Morning Post reported that while the plant-based ‘pork tenderloin’ will be supplied to certain Sichuan hotpot chains in China, the crayfish meat alternative product will be marketed to both Chinese and Western restaurants across the country.

Lu added that while Beyond Meat and other international competitors have entered the nascent Chinese faux meat market, Zhenmeat has an edge over them when it comes to catering to native Chinese tastes.

“We, as a local player, have a better grasp of the intricacies of the local market, like the taste of the local population, and how to network with the local restaurant sector, and negotiate bureaucratic hurdles,” he told SCMP.

Zhenmeat aiming to capitalize on the growing potential of the market is looking to raise $2 million by the end of this year and has already piqued the interest of international investors. Big Idea Ventures (BIV) recently invested several hundred thousand US dollars marking the venture capital firm’s first overseas funding.

“The entry into the China market by overseas players like Beyond Meat has piqued the interest of consumers in plant-based meat. BIV invested in us as they sense the big potential of the China market,” explained Lu.