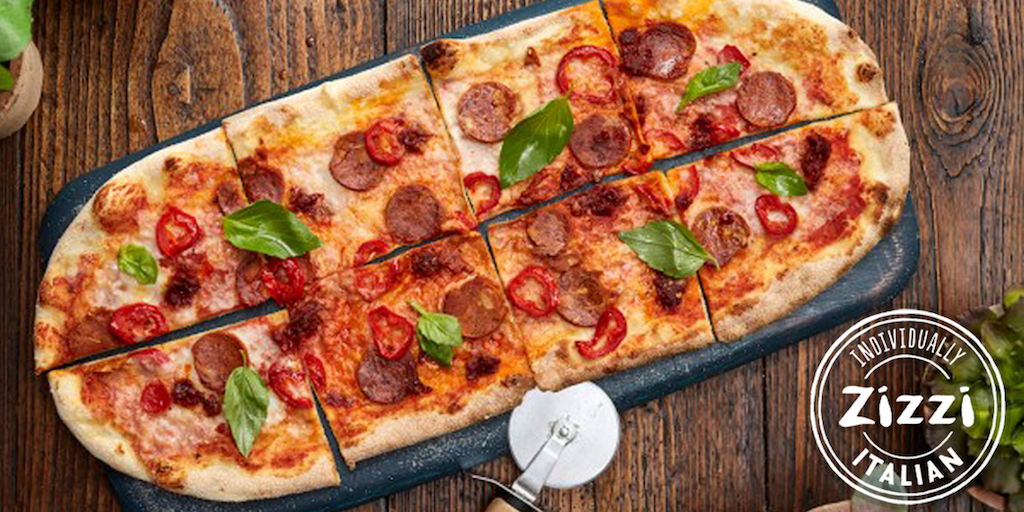 After being one of the first restaurants to offer customers a vegan cheese pizza, Zizzi has partnered with vegan protein company Jack & Bry to introduce a plant-based pepperoni pizza called the Jackfruit Italian Hot.

Priced at £10.75, the pizza will be a permanent fixture on Zizzi’s menu and will be available across the country from 15th October.

The pizza has already won the hearts of people who’ve tried it as it was been voted the ‘Best Vegan Pizza’ at the PETA Vegan Food Awards 2019.

It took Jack & Bry twelve months to perfect the recipe and the new pizza features a dairy-free mozzarella, spicy harissa, roquito chili, and meat-free pepperoni made from jackfruit.

It is also a healthy alternative to the regular pepperoni pizza as it has 70% less fat, is free from palm oil, and is high in fiber and micronutrients.

Speaking about the new dish, Bryony Tinn-Disbury, Co-Founder of Jack & Bry said: “We’re absolutely thrilled to be working with Zizzi on their latest vegan dish. There is a huge opportunity right now for brands and restaurants to listen to their audiences by expanding their plant-based offerings.

“It’s great that Zizzi are committed to its audience and are helping to create delicious, guilt-free plant-based alternatives.”

Kathryn Wilson, director of food development at Zizzi added: “We’re always looking for new ways to innovate our dishes at Zizzi and ensure that there is something for everyone. Our customers are more conscious than ever in what they’re eating and how it is sourced.

“In the last year, we’ve seen vegan dishes become even more popular, so it’s important to us that we adapt some of our classic dishes so that vegans can also enjoy these perennial favourites. We can’t wait for them to try our first ever jackfruit pepperoni pizza and hear what they think.”