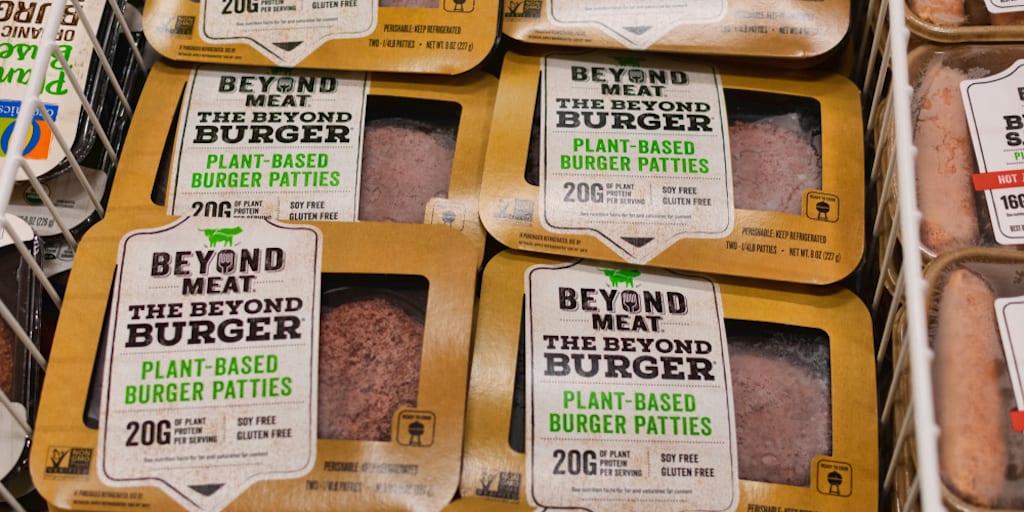 More than 2000 years ago, during the Han dynasty of China, a substance was created by curdling the milk made from ground soybeans, in a process analogous to that used to make cow’s milk into cheese. Nobody is precisely sure about the substance’s origin. Legends say it was developed by Prince Liú Ān of Huainan for his ailing mother, or that it was discovered accidentally when sea salt laced with impurities was added to boiling soy milk, causing it to curdle.

The bean curd became known as tofu, and over the course of the following millenium it spread throughout Asia. Having been brought to Japan by Zen Buddhist monks, many of whom were vegetarian, it was frequently used as a substitute for meat and fish.

While historical records from so long ago are sketchy and apocryphal, it is safe to assume that, like the modern vegan, the Zen monks of Japan too were subjected to their opinionated mate Gavin asking them why, if they didn’t wanna eat meat, they kept trying to make their tofu taste like meat? Like, if you like the taste of meat so much, why not just eat real meat? I mean it just seems like, hypocritical? Not being funny.

I was recently reminded of this line of thinking when I had the fortune to stumble upon “Why People Hate Vegans”, a BBC Three sketch by comedian Alfie Brown which I, as a licence payer, partly funded and am therefore fully entitled to criticise. “The vegans are right; that’s why we don’t like them,” Alfie says directly to camera as the film begins. What do you mean, “we”? I think, as I settle in to a pleasant four minutes and 21 seconds of having my values attacked.

The video is a mean-spirited yet fundamentally harmless diversion, less about the literal ethical decisions that lead people to become vegan and more a cautionary rant about the dangers of groupthink. Its main move is the time-honoured comedic device of exaggeration. Over the course of multiple, extremely jarring jump cuts, Alfie tells us: “The thing you need to remember about vegans is, they don’t actually want you to be vegan. Because in a world in which everybody is vegan, there’s no such word as vegan anymore, and the people who were originally vegan are left going, “But what word means I’m better than you now?”” He goes on to claim that he himself refrains from eating meat, fish, dairy, or eggs, but does not call himself a vegan as he does not wish to be part of “your f*****g club”, and eats oysters out of sheer spite.

And so it goes on, the main crux of the piece being that Alfie is an individual, gosh-darn-it, until he asks the intersectional vegan pub meetup he’s intruded upon whether they eat faux-meat products such as Tofurkey and Facon. “Well then f**k you,” he tells them when they respond in the affirmative.

Hyperbole aside, does Alfie have a point? Is it wrong to eat something that looks like meat, attempts to taste and smell and feel like meat, if you feel in your heart that eating meat for real is wrong? Is pretense just as bad as reality?

Well, of course it f*****g isn’t. If fantasizing about something is exactly as bad as doing it, then all 110 million people who purchased Grand Theft Auto V are exactly as bad as real-life serial killers, when in reality, it’s less than a quarter of them. If thought and deed were the same thing, every single one of us would be in prison by the time we reached double digits.

Lately I’ve been playing a lot of Red Dead Redemption 2, a game about the evils performed in the name of money set against the backdrop of the Old West. Like many video games, it involves indiscriminately shooting enormous amounts of people, but as it’s about frontier life, it also functions as an incredibly detailed hunting simulator. Nearly 200 species of digital animal can be tracked, killed, skinned, sold, cooked, and eaten – in fact, it’s impossible to complete the main narrative of the game without doing so. As a lifelong vegetarian who believes hunting is barbaric and cruel, every time I do it in the game, I feel a twinge of guilt in the back of my head, like a spider repeatedly biting my neck. Yet, I can happily mow down wave after wave of human enemies without my pulse raising.

Am I a misanthropic psychopath? Or is a representation of something not the same as the real thing?

I have never in my life deliberately eaten meat, yet I eat fake meat. My childhood was fuelled by Linda McCartney sausages. I eat a Fry’s sausage roll for lunch every single day I work in the Totally Vegan Buzz office. I inhale Sainsbury’s meat-free meatballs with a zeal my roommate has described as “nightmarish”. When I eat these things, am I thinking about consuming the flesh of an animal? No. I don’t even have a frame of reference for what that would be like. I’m eating Food and Food is made out of lots of things.

A question like “Why would you want to make that tofu taste like battered fish?” makes about as much sense as “Why would you make a soup instead of simply eating raw onion, garlic, leek, and potatoes?” It’s called Cooking. It makes things taste nice, whether or not they’re made from flesh.

So I applaud you, Alfie Brown, for putting your opinions in a slick, if haphazardly edited, video and convincing the BBC to distribute it. You seem funny, and I like your hair. But your core thesis does not hold up to scrutiny, and like all jokes on the internet that are based on mistruths, a random man has appeared to point it out to you.

Do you eat meat substitutes, or do you prefer your plants the old-fashioned way? Let us know in the comments below!