‘Why all feminists should be vegan’ 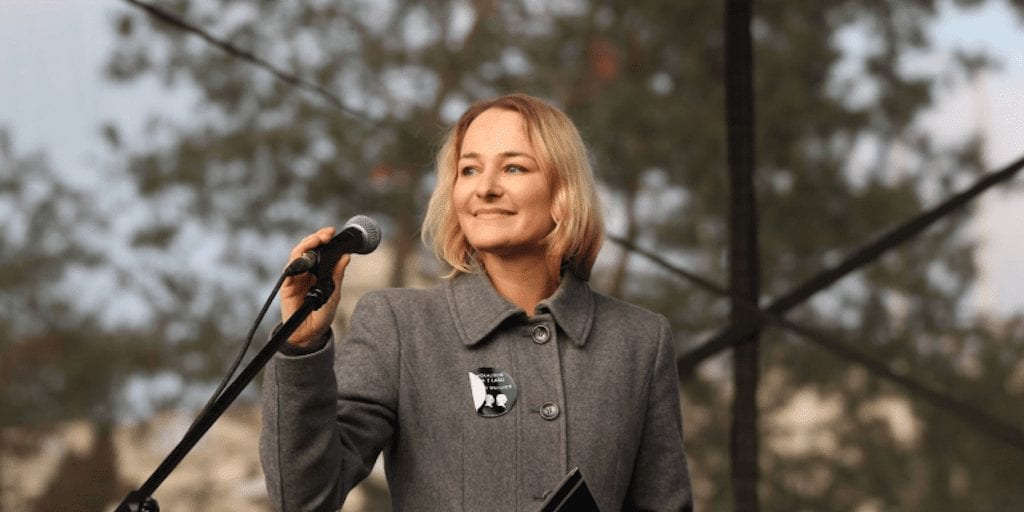 Feminists and vegans both aim to reduce suffering, battle objectification, restore dignity, and ultimately, prevent violence. So should all vegans be feminists, and all feminists be vegans?

Karolina Skowron, of Polish group the Albert Schweitzer Foundation, argues the historical abuse of women and animals has many undeniable similarities.

She believes solidarity between animal rights advocates and feminists is vital to achieve similar goals.

Research has even found animal abusers to be five times more likely to commit violent crimes, mainly against women, she told the Veganes Sommerfest in Berlin..

“Animals and women both live in systems of violence in which their bodies serve somebody else. If we allow any group or species to be objectified we agree to objectification itself,” she said.

Domestic abuse is extremely under-reported across the globe, and there are relatively low convictions. Skowron argued this often leaves women powerless in fighting their abusers, in a similar way to animals.

“The mechanism of violence is the same no matter who the victim is. It is caused by the perpetrator’s sense of power over their weaker victims.

“To end violence against women we must end all kinds of violence because it is all interconnected,” said Skowron, who is on a battle to align feminism and the animal rights movement.

While many women are victims of violence from men, females also bear the brunt of animal abuse.

“Female animals are also treated slightly differently because of their sex. The tortures that they have to go through are different, they’re long lasting,” Showron explained.

Female animals are commonly subjected to continued pregnancy and separation from their babies.

“There’s a normalisation of rape culture. Female animals are objectified to an even greater degree than male animals because they are not only consumed, but are also used as producers, as incubators.

“They live life in disastrous conditions and ultimately end up on a human’s plate as well. Should we consume the bodies of raped and tortured animals?”

The objectification of women in popular culture has parallels with society’s portrayal of animals.

“We women are treated as sexual objects, but animals are treated as things, as objects to be consumed or for clothing, entertainment and painful experiments,” Skowron continued.

Degrading language is a key stage between objectification and violence.

“When someone becomes an object it becomes OK to hurt them. How can you hurt a thing? Language has a very funny way of belittling harm done to women and animals,” Showron said.

“When we belittle sexual harassment we often say things like ‘boys will be boys’, ‘don’t be so dramatic’, ‘it’s a compliment’, ‘it’s just what men do’ ‘what was she wearing that night?’,’she was asking for it’.”

This is similar to normalising language used referring to animals, such as ‘organic meat’ or ‘humane killing’.

“Can any killing really be humane? Is it not the same oppressive language we use towards women, and when we call dead animals meat? When we count them in kilos or tonnes instead of individuals?”

To achieve full equality could be seen as an inconvenience to those with privilege. Statistically women have lower pay, fill fewer leading political and business positions, while men perform less household chores.

Showron said: “It’s extremely inconvenient to acknowledge the full equality of women and men in society because this would mean fewer privileges and more obligations.

“Is it not the same with animals? Animals are capable of feeling pain. They are subjective complicated beings that have their own needs, their own emotions, an internal life and a social life.

“If we were to acknowledge this fully as humans would it not mean we would have to completely change our ways?”

Full acknowledgement would force to change what we wear, consume and do for entertainment.

“Ending objectification of animals is not just inconvenient for the meat lobby or industry, but for society as a whole, as is the full equality for men and women,” Skowron added.

Do you think veganism and feminism should form an alliance? Tell us in the comments section below!