What is Miso? Everything you need to know about Miso – Totally Vegan Buzz
Skip to content

What is Miso? Everything you need to know about Miso 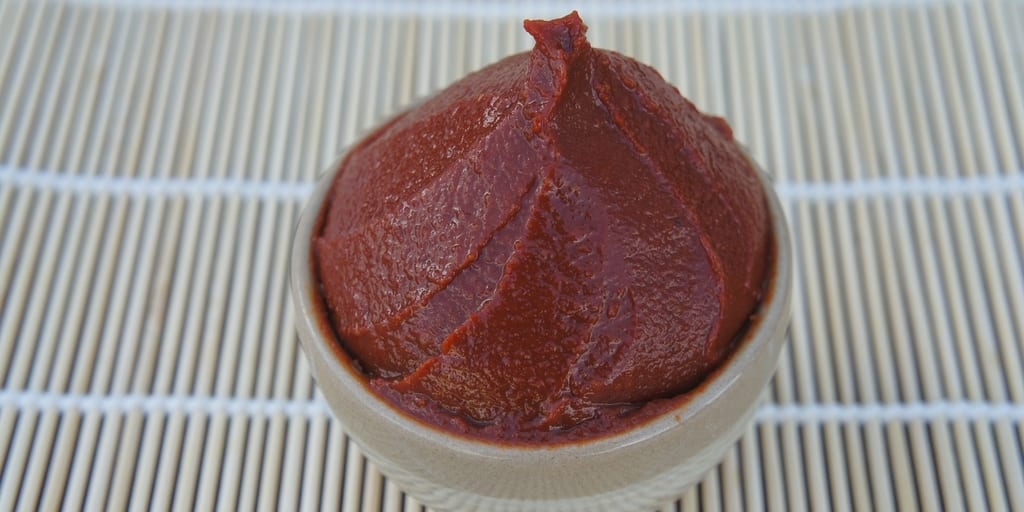 Miso is a Japanese staple used as a flavour enhancer. It commonly features in soups, dressings, tacos and butter. But what is miso? Is it vegan? What varieties are there? Is it healthy? Where can you buy it? Totally Vegan Buzz brings you the ultimate guide to miso.

Miso is a thick paste made by fermenting cooked and mashed soybeans, salt and koji culture (the fungus aspergillus oryzae). Sometimes, additional ingredients such as rice or barley are added.

The fermentation process could last from a few days, to years. Miso is extremely salty and is used mainly as a condiment to soups, salad dressings and pickling vegetables.

Even though it is typically salty, miso comes in a variety of flavours, textures, aromas and colours. This variety is a result of different ratios of ingredients, fermentation processes, prevailing seasons, length of fermentation, fermenting vessels and other factors.

What is the history of miso?

There is no consensus about the origin of miso. One theory argues it originated in Japan, where it has been manufactured and used since the Neolithic era. Another theory argues a miso predecessor originated in China during the third century BC, or even earlier, and was introduced in Japan at the same time as Buddhism.

The process of making miso has been refined many times, producing a wide variety of forms. Currently, miso is produced in huge quantities. Newer varieties can be fortified with calcium, or may have a reduced salt content.

What are the ingredients of miso?

Like tofu and tempeh, miso is essentially a soy-based food. It is typically made with soybeans, salt and koji culture.

Other possible ingredients include rice, barley, rye, wheat, millet, buckwheat and hemp seeds. More recently even corn, amaranth, quinoa, chickpeas and azuki beans have been used in the preparation of miso.

How is miso made?

Miso is made by cooking soybeans and grains (such as rice or barley). These are mashed and added with salt and a mold called koji.

The mixture is thinned with water. The mix is left to ferment for a period ranging from a few days to years, resulting in a thick miso paste.

What are the different types of miso?

There are more than 1,300 types of miso, each with a distinct flavour, available throughout Japan alone, according to the Japan Miso Promotion Board. Some of the most common varieties available are:

The popularity of miso varies in different regions. In Tokyo, akamiso is preferred, while in western Japan, shiromiso is popular. Other miso varieties include mugimiso (barley miso), komemiso (rice miso), inakamiso (chunky miso), and hatchomiso (soy only).

Yes. Miso is made from all plant-based ingredients and is completely vegan. However, traditional miso soup often contains fish and is therefore not vegan.

The flavour of miso can be sweet, salty, mild or pungent depending upon the colour of miso. The lighter the colour the less intense the taste usually is.

White or yellow miso is mild in taste and slightly sweet, whereas red or brown miso has a deep flavour. Longer fermentation time, more salt and less koji assists the enhancement of umami flavour and darker colour.

Miso is rich in proteins and other nutrients and therefore has some health benefits:

Since miso has a high salt content, it may not be suitable for people who need to limit their salt intake. Also, miso is relatively high in vitamin K1, which acts as a blood thinner. If you are already on blood thinning medications, miso may not be a good choice.

Where to buy miso?

Miso paste is often added to soups, salad dressings, marinades and stir-fries. It can also be used as a seasoning alternative to salt or soy sauce, blended with herbs for making pesto, mixed into butter for corns or smeared on garlic bread.

What is your favourite use of miso? Let us know in comments section below!