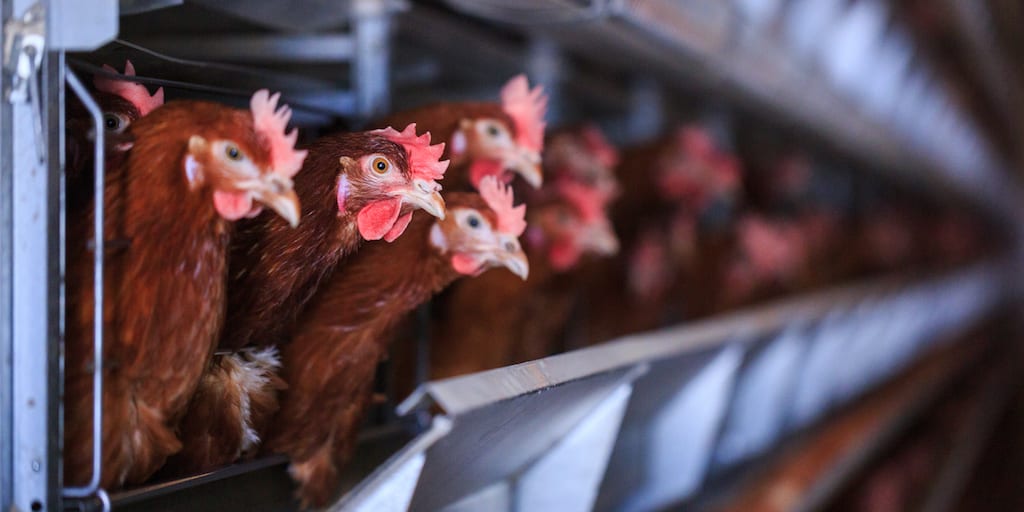 A coalition of animal welfare groups has filed a lawsuit against the United States Department of Agriculture (USDA) for increasing the killing ‘speed limit’ in chickens slaughterhouses to 175 animals per minute.

Activists argue the extremely high speeds will worsen conditions for animals and workers while posing a risk to public health.

The Humane Society of the United States (HSUS), Animal Outlook, Mercy For Animals, Government Accountability Project, and Marin Humane submitted the lawsuit in response to the government introducing a waiver on the current limit of 140 birds per minute – which activists say is already dangerous.

The lawsuit explains:  “Because of the rapid speed at which the chickens are processed, millions (if not billions) of birds suffer extreme cruelty during the process every year, and an untold number are drowned or scalded to death while fully conscious.

“Despite these problems, the federal agency overseeing slaughter—which has long recognized the connection between animal welfare and food safety—has decided to authorize a 25 percent increase in chicken slaughter line speeds, virtually guaranteeing increases in animal cruelty and public health dangers.”

The plaintiffs accuse the USDA of ignoring other legislation which protects chickens and other animals including the Poultry Products Inspection Act, the National Environmental Policy Act, and the Administrative Procedure Act.

“With this lawsuit, our coalition is putting the Trump administration on notice: the American public is watching and will not stand for increased cruelty in the food supply chain,” Humane Society of the United States CEO Kitty Block said in a statement.

“Increasingly, consumers are demanding that animals raised for food be treated more humanely, and food corporations are responding to that demand by implementing their own animal welfare reforms.

“We will not allow our government, working to please a few greedy outliers in the food industry who care only about fattening their bottom lines, to buck that trend.”

Last year the USDA also came under fire for removing a cap to limit the speed at which pigs can be killed at factory farms.

The current speed limit is set at 16 hog carcasses per minute, effectively killing 977 pigs in an hour. Critics say the current limit already causes workers to work at an excessive pace and risk injury.

According to a pilot program, the USDA has been allowing five large hog slaughterhouses to operate at higher line speeds with fewer inspectors since 1997.

An undercover investigation by Compassion Over Killing (COK) – now named Animal Outlook – revealed that one of the five slaughterhouses in the pilot program had a speed limit target of killing 1,300 pigs each hour, or one pig every five seconds.

Share this article to reveal the brutality of behind the meat industry.