﻿‘Chicken, beef or nothing’: ﻿campaigners fight for in-flight vegan meals to be introduced as standard – Totally Vegan Buzz
Skip to content

﻿‘Chicken, beef or nothing’: ﻿campaigners fight for in-flight vegan meals to be introduced as standard 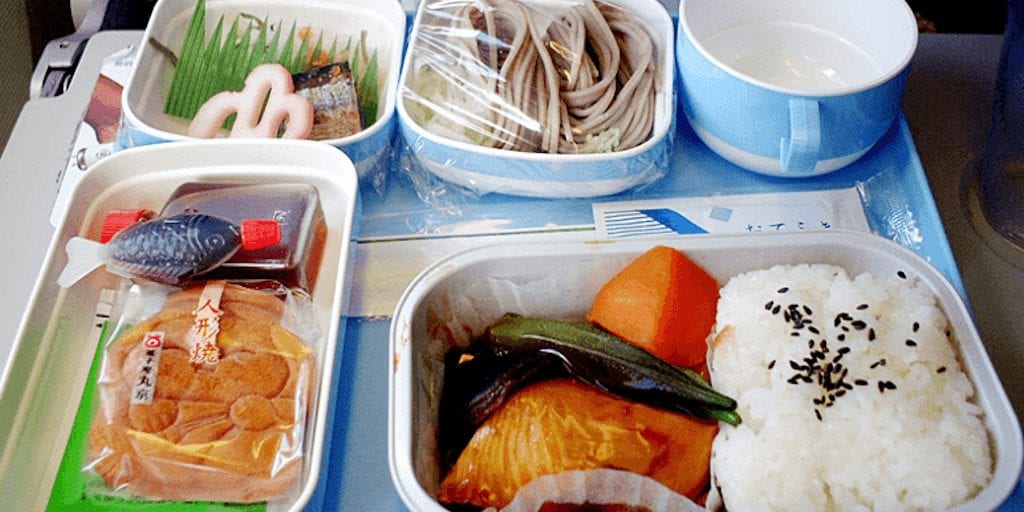 A campaign has been launched to improve vegan meal options. Image: Wikimedia Commons

Travelling by plane as a vegan can involve a familiar disappointment when the food options arrive, particularly if you don’t warn the airline in advance.

But a new campaign is fighting to improve the standard of vegan food beyond the usual ‘chicken or beef’ options.

To hold airlines to account, the FlyVe website has been launched by The Vegan Society and Humane Society International. It provides consumers with the first ever online rating system for vegan in-flight meals.

Airlines are being urged by the charities to offer a vegan in-flight meal as standard to better cater for their thousands of vegan and flexitarian passengers and to help offset carbon emissions.

Currently, the default meal options provided by most airlines are dominated by meat, dairy and eggs, meaning that passengers have to proactively request a vegan meal in advance.

The campaign also encourages airlines improve their quality in both taste and nutrition.

Elena Orde, Senior Campaigns Officer at The Vegan Society, said: “Adding vegan options to every standard in-flight menu would mean that all passengers can opt for a more environmentally-friendly meal.

“It would be fantastic to see airlines really embrace the variety and creativity that is possible with vegan food, and to create options which are suitable for vegans but appeal to everyone.

“We have launched FlyVe to allow us to see which airlines are flying ahead of the curve, and which could do with some extra support when it comes to embracing plant-based options. We encourage any airline to get in touch for advice and training.”

Flying produces high greenhouse gas emissions, and providing vegan options can be a way of offsetting this environmental impact, The Vegan Society explained.

Animal agriculture produces around a fifth of all man-made greenhouse gas emissions and meat, egg and dairy production is a bigger contributor to global warming than all forms of transportation combined, including aviation.

Vegan for the planet

Oxford University scientists recently confirmed that eating a vegan diet is the single most effective thing an individual can do to help climate change.

“Reducing how often we fly is of course key, but so too is making sure that when we do fly we’re not further increasing our carbon footprint with our food choices.

“Despite the compelling need for change, the ubiquitous ‘chicken or beef’ remains the unimaginative default choice on most airlines.

“If everyone flying out of Heathrow in just one day chose a vegan meal it could save around 33,592 tonnes of CO2, the equivalent of driving 112,695,851 miles in an average UK petrol car.”

FlyVe is part of the Vegan on the Go campaign that aims to bring attention to the importance of catering for vegans, and to highlight the many benefits of ensuring plant-based options are included on standard menus.

The Forward Food program provides vegan training to large catering companies and universities dishing up millions of meals every daily and would welcome the chance to similarly help airlines.

Both initiatives follow reports from vegan customers who weren’t catered for by airlines for hours at a time, including a passenger on a 7-hour transatlantic flight stuck on-board with just “crisps and nuts” despite ordering a vegan meal.

The Vegan Society found that the number of vegans in Great Britain has quadrupled in the past four years alone, with over 600,000 vegans currently living in England, Scotland and Wales.

Should airlines offer vegan meals as standard? Tell us in the comments section below!