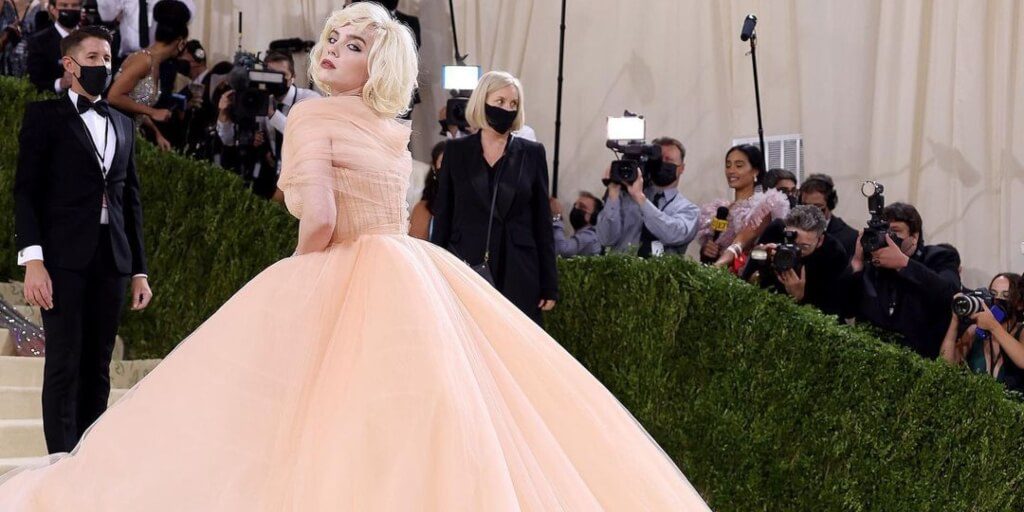 Yesterday, Billie Eilish made a stunning debut on the Met Gala red carpet in a breathtaking Oscar de la Renta  gown made of peach tulle.

However, even bigger than her gown’s 15-foot train was what the vegan singer accomplished for the animals.

The seven-time Grammy Award-winner told the label that she would only wear the gown if the brand committed to stop selling fur, and Oscar de la Renta obliged.

This marks the first instance a celebrity has used fashion’s biggest night to champion animal welfare.

Taking to Instagram, Eilish – co-chair at the Met Gala – wrote: “It was an honor to wear this dress knowing that going forward Oscar de la renta will be completely fur-free!!!!”

Thanking creative directors Fernando Garcia and Laura Kim, she added: “I’m beyond thrilled that… the entire team heard me on this issue, and have now made a change that makes an impact for the greater good, not only for animals but also for our planet and environment too.

While the designer brand has ditched fur in runway designs in recent years, it has continued selling fur products in stores.

Alex Bolen, Oscar de la Renta’s chief executive, has been the one to resist change despite years of pressure from activist organizations, consumers and members of his family, namely his mother-in-law Annette de la Renta (widow to Oscar de la Renta).

However, with Eilish’s demand, the CEO has finally relented. According to a statement from the Coalition to Abolish the Fur Trade USA, the design house will be fur-free by the end of October.

“Oscar de la Renta does not use fur in its fashion collections or sell fur in its stores, and will not in the future,” it declared in a statement.

“In addition, once the license ‘sell-off’ period ends, no new products that use fur and bear the Oscar de la Renta trademark will be offered for sale.”

The decision makes Oscar de la Renta join the company of  Versace, Michael Kors, Giorgio Armani, Tommy Hilfiger, Neiman Marcus Group, and Gucci, all of which  have permanently phased out fur from their designs.

Aside from Eilish’s pro-animal demand, the prestigious event has witnessed another historical change this year.

It will be serving its first fully plant-based menu this year.

According to the organisers, the move is part of its mission to promote equity, diversity and inclusion and align with the 2021 theme of “American Independence”.