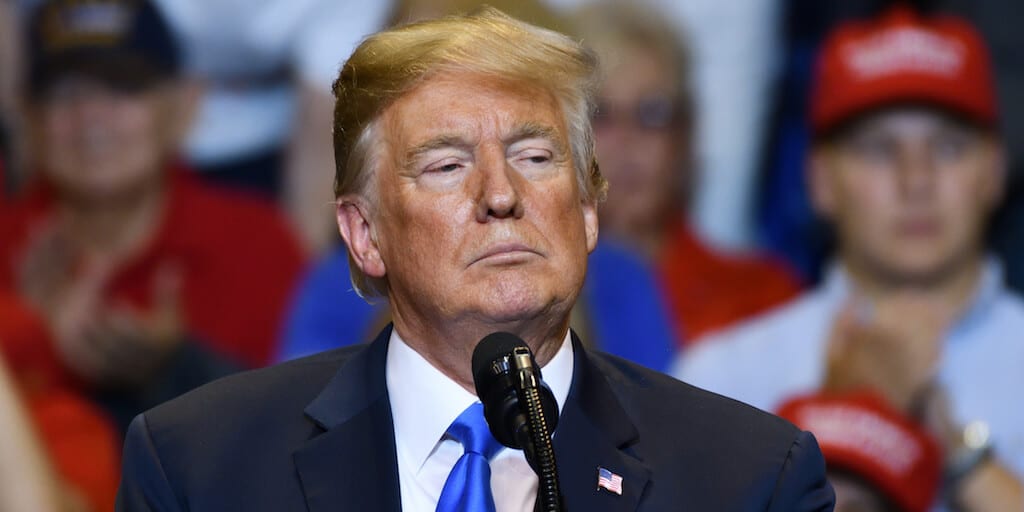 According to the former American president, plant-based food “messes with your body chemistry, your brain.”

In Stephanie Grisham’s forthcoming memoir- I’ll Take Your Questions Now: My Time in the Trump White House – the ex-Trump Press Secretary reveals that Trump once denied a challenge to go vegan for charity because he feared it would mess with his brain function.

In 2019, Trump had been challenged to ditch animal products for a month by then 9-year-old activist Vegan Evan as part of a campaign to “Make America Healthy Again,” Insider reported.

The young boy had appealed to Trump to go vegan in TV ads and highway billboards and in return Million Dollar Vegan, the charity he represented, would donate $1 million to veterans.

According to an excerpt of the book obtained by Politico, Grisham, who was communications director at the time, said she “ playfully asked the president if he would ever consider doing that, since the challenge would raise a lot of money for a good cause.

“I knew he loved his steaks and cheeseburgers, but one month didn’t seem that long.”

However, she recounted that Trump flat-out refused the offer, and in a serious tone added: “No, no. It messes with your body chemistry, your brain.

“And if I lose even one brain cell, we’re f*cked.”

Of course, Trump’s strange claim that a vegan diet somehow damages the brain, is complete hogwash.

In fact, Dr. Scott Kaiser, M.D., a physician at Providence Saint John’s Health Center, told Bustle: “According to some observational data, lifelong vegetarians and vegans actually have a lower risk of developing dementia.”

Moreover, neurologists Ayesha and Dean Sherzai, who are Alzheimer’s-prevention specialists at Loma Linda University in California, said in a joint statement: “There is plenty of scientific evidence that a planned plant-based diet is the healthiest diet for the brain and longevity, and populations that have adhered to it have lower risks of a spectrum of brain diseases such as Alzheimer’s disease, vascular dementia, stroke and others.

“They also have better processing, memory and decision-making capacity.”

Branding Trump’s statements ‘bizarre’ and ‘completely misinformed’, Naomi Hallum, CEO of Million Dollar Vegan, said: “We know the former President loves hotdogs, cheeseburgers, and buckets of fried chicken, but his body most definitely does not.”

“Trump thinks eating more plant-based whole foods, such as wholegrains, fruits and vegetables, in lieu of Big Macs for 30 days is going to ‘mess with his brain’ is bizarre and completely misinformed,” Hallum added “In fact, the opposite is far more likely.”