Most Brits willing to go vegan but can’t think of giving up cheese, survey finds 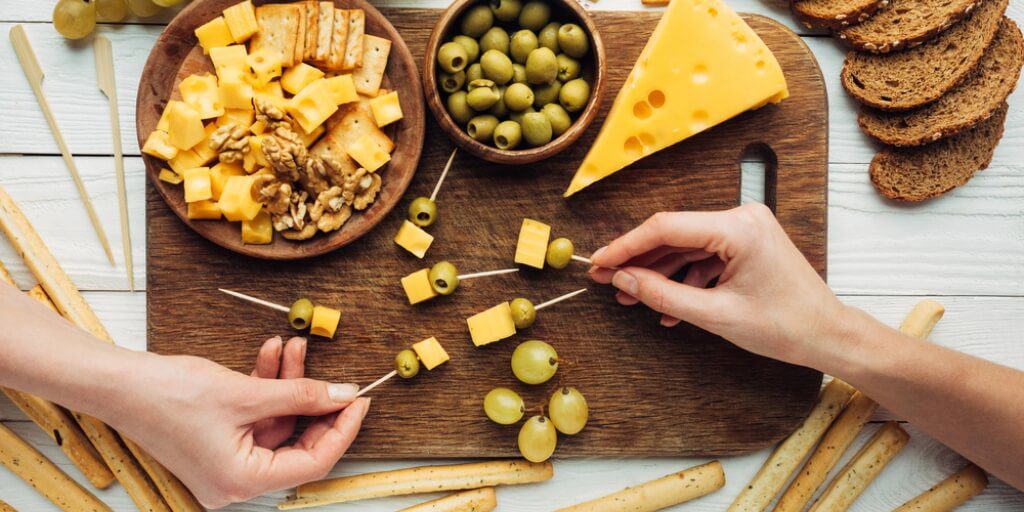 40% Brits still struggle at the thought of giving up cheese and 32% cannot go without cow’s milk.

Veganuary is in full swing and plant-based foods and meat alternatives couldn’t have been more accessible in this part of the year with new products, menu launches, and vegan collaborations happening all over the world.

However, new research has highlighted the specifics of just what Brits are willing to leave off their platter in order to be kinder to the planet.

In a study commissioned by snack brand Nature’s Heart, which included 2,000 adults, almost a third said they wanted to try more plant-based alternatives in 2022 but struggle at the thought of giving up certain meat and dairy items.

Most respondents said they would be willing to ditch meat-flavoured crisps, ice cream and cake. They are also ready to cut chocolate, mayonnaise, and honey from their diet but 40% said they’d struggle to give up cheese and 32% couldn’t go without cow’s milk.

These responses are in many ways surprising considering vegan cheese is having a moment in the UK right now.

Dairy giant Babybel, known for its mini cheese wheels, has debuted its first-ever vegan cheese in the UK.

Boursin unveiled a plant-based version of one of its iconic creamy cheese products while leading soft cheese brand Philadelphia also rolled out a vegan version of its iconic spread in the UK.

Furthermore, a plethora of milk alternatives – including potato milk – are also readily available in the market.

The research also found that more than a quarter are under the impression that there are limited options for vegans. 34% admitted they would struggle to think of what to eat for a plant-based breakfast.

‘There are endless choices’

Tom Benton is the General Manager at Nature’s Heart. He said: “It’s promising to see what people are willing to go without for the month of Veganuary.

“The annual initiative is a great way to encourage people to try different foods and raise awareness of alternative diets.

“The research shows that people are under the impression there are limited options to create an exciting and fulfilling vegan meal, whether it’s breakfast or dinner.”

He added: “We want to help people see vegan breakfasts in a different light – the top 20 foods show that people are less willing to give up breakfast items than other foods.

“But there are endless choices to create a tasty and appealing dish to start the day with. Check out our Instagram feed throughout January for some healthy, winter-warming vegan breakfast inspiration.”

Despite the unwillingness to let favourite foods go, 29% said they would like to make some elements of their diet vegan with health (46 %), doing their bit for the planet (44 %), and trying new foods (43%) being the major motivators.

Moreover, 35% of those who gave up something for Veganuary  said they expect to carry it on for longer.

18% of those polled also said they would try and have one vegan meal a day before committing to a completely vegan diet. 44% said that if everyone made a small, plant-based change to their diet, it would make a big difference to the planet.

Share this story: Most Brits willing to go vegan but can’t think of giving up cheese, survey finds.