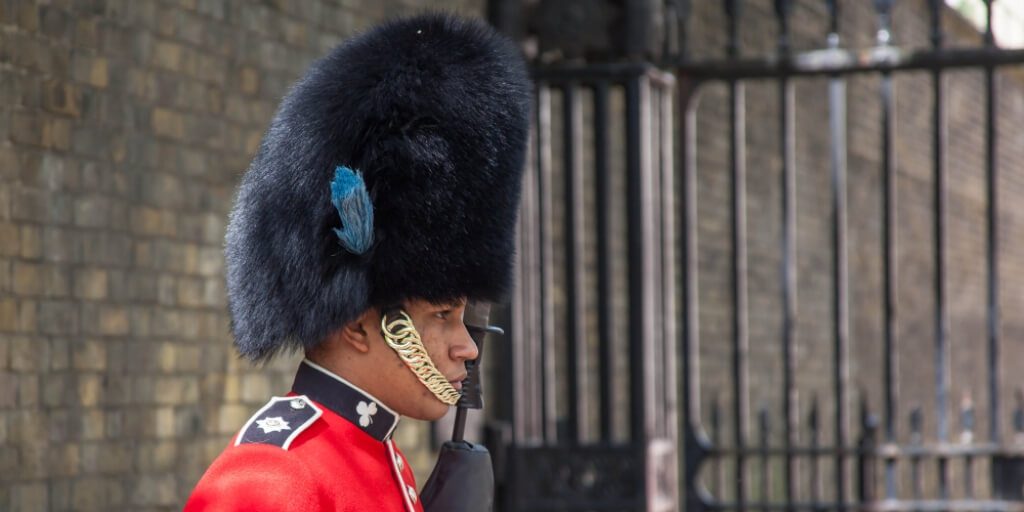 “As many Brits struggle to pay for essentials like gas and electricity, they’re rightly outraged at the thought of funding ornamental caps for which bears are killed.”

A vast majority of Brits oppose the use of real bearskin fur on the Queen’s Guard’s caps, a new poll from PETA shows.

The survey carried out by Populus – official pollster of The Times – revealed that 75% of the UK public considers the Queen’s Guard’s bearskin caps a ‘bad use of Government funds’ especially amid rising taxes and protests over the cost-of-living crisis.

73% also want to see the prime minister take action to replace the bearskin with faux fur.

Each ceremonial cap, which serves no military purpose, costs an astounding £1710. According to figures, more than £1 million of UK taxpayers’ money has been spent on them in the past seven years alone.

In a bid to stop the hunting of black bears for their skins and saving taxpayers’ money, leading faux-fur producer ECOPEL has offered the Ministry of Defence (MoD) an unlimited amount of its fake bear fur free of charge until 2030.

‘Switching to faux fur would save money and bears’ lives’

“As many Brits struggle to pay for essentials like gas and electricity, they’re rightly outraged at the thought of funding ornamental caps for which bears are killed,” PETA Senior Campaigns Manager Kate Werner said.

“We remind the government that switching to faux fur is a wildly popular move that would save money and bears’ lives.”

According to PETA, it takes the skin of at least one bear to produce a single cap. Some bears are shot several times before they die. Many of the bears that don’t succumb immediately die a slow painful death from inflicted wounds and blood loss. When mother bears are killed, their cubs are left to starve.

THis is why PETA has been pushing the MoD to ditch fur from the caps worn by the Queen’s Guard for years.

Last month, actor Simon Pegg and musician Alesha Dixon joined the vegan charity’s campaign to get rid of the bearskin headwear for good.

Despite growing pressure, the MoD is yet to consider changing the headwear. It claims that the furs used to make the caps are the result of a “licensed cull by the Canadian authorities.”

However, PETA maintains that this is false since the vegan charity reached out to the Canadian government to verify MoD’s statement.

The response it received reads: “[T]he MOD receives the final product from our contracted suppliers and is not involved with the licensed cull sanctioned by the Canadian government.”

PETA has also launched a government petition stating that “there is no excuse for the MoD to continue to effectively fund the slaughter of bears for ceremonial headgear since an indistinguishable alternative has been produced, which is waterproof, and mimics real bear fur in appearance and performance.”