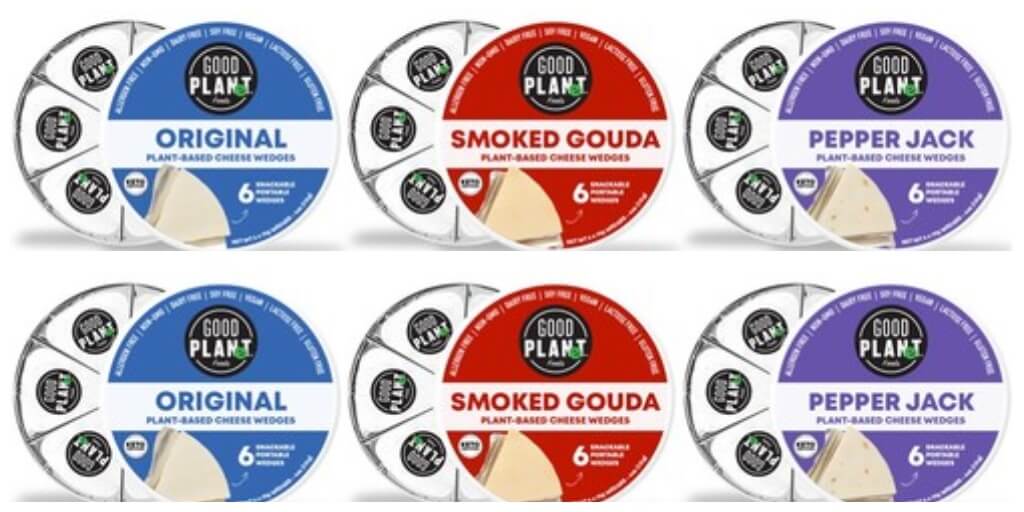 The triangles, which are free from tree nuts, peanuts, gluten, soy and lactose, are made using coconut oil and chickpea proteins.

They come in three varieties – Original, Pepper Jack, and Smoked Gouda – each of which is keto-friendly.

According to the plant-based cheesemaker, these ‘deliciously creamy wedges’ are individually wrapped and are perfect to enjoy as a snack, as part of a charcuterie board or even lunch.

Each package come in 4oz packs of six wedges and is available at HyVee, Wakefern and other grocery retailers for $4.99.

Seattle-based GOOD PLANeT launched in the foodservice and industrial markets in late 2018 and in retail in early 2019 by founder and CEO David Israel.

Since then, it has been the fastest-growing company in the plant-based cheese category. Last year it raised $12 million in a Series A funding round led by venture capital firm Cleveland Avenue.

Apart from wedges, the company also offers a range of plant-based cheeses in both shredded and sliced varieties.

In a report published by Transparency Market Research, the global vegan cheese market is predicted to reach a staggering $7 billion by the end of 2030.

Bart Adlam is co-CEO of GOOD PLANeT. He said: “The plant-based cheese segment is growing extremely fast, but the potential is far greater than we are seeing.

“We are committed to growing the segment by making it easy for consumers to make a sustainable choice and choose plant-based,” Adlam continued.

“With this innovation, we are delivering an Allergen Free, keto-certified, plant-based snackable cheese wedge that delivers all the creaminess, satisfaction, and taste of dairy cheese.”