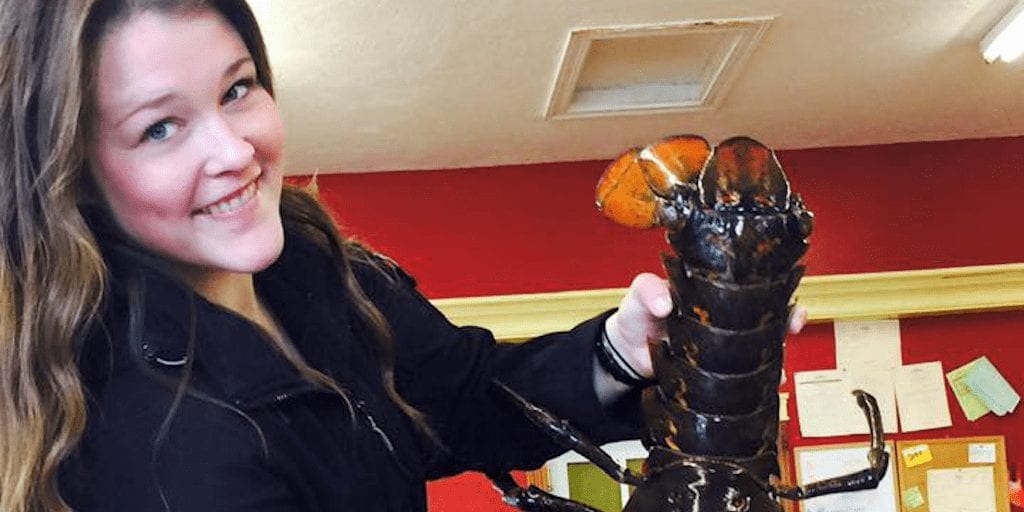 A vegan has given a 100-year-old lobster a second chance to live out its natural life after buying him for $230 and setting him free.

King Louis is a 23 pound lobster who was caught in the Bay of Fundy in Nova Scotia, Canada.

Louis was taken to the Alma Lobster Shop after being caught by a fisherman, and became a local celebrity as he was the biggest lobster caught for years.

The shop was inundated with suggestions about what to do with him, until one vegan called the shop asking to buy the King.

As a vegan, she had no plans to kill and eat the huge crustacean, and requested the shop released him back into the ocean.

“I just hope he carries his genes and he lives like a happy life for his second chance,” she added.

The owner of the shop said ‘good for them’ and she was ‘fine with that’.

“This is kind of how we make our living though, my husband is a lobster fisherman and we sell his lobster, and that’s how we survive,” Brittany McDonald said.

Her husband Rodney then took King Louis back out to sea and said ‘thank you Katie’ before dropping him in the water.

The fisherman takes over 1 million pounds of lobster a year, and said this was the biggest and first lobster they had ever released back into the ocean.

What do you think of King Louis’ release back into the ocean? Share your thoughts in the comments below!