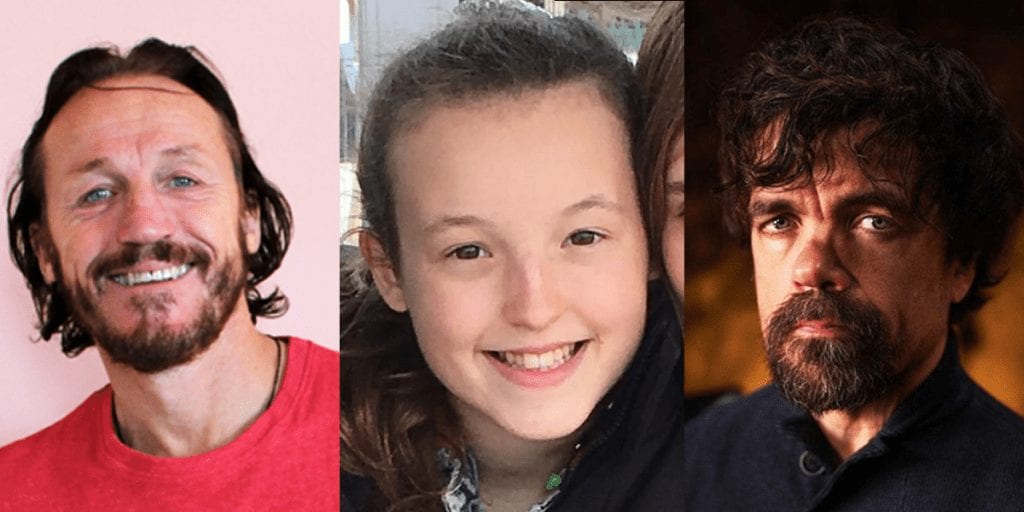 Game of Thrones had viewers around the world well and truly under its spell for the spectacular final season this year.

The show, based on George R. R. Martin’s novels, has gripped audiences with its endless plot twists, complex characters, nudity, gore and violence.

But despite the show’s abundance of unsavoury characters, the cast is full of an impressive array of vegans, animal lovers and activists.

Peter Dinklage plays crowd-favourite Tyrion Lannister – the witty, estranged member of House Lannister who loves nothing more than a gallon of wine and a night in a brothel.

In his personal life, Dinklage is a committed vegan and has fronted many animal rights campaigns.

The compassionate actor passionately narrated a PETA video in 2014 which exposed factory farming, and revealed where animal products really come from.

Dinklage said he felt compelled to get involved because ‘animals used for food are treated like unfeeling machinery’.

Reflecting on the the campaign, he said: “It is unacceptable that animals continue to suffer around the world, including the United States of America, for the sake of beauty.

“I appeal to the USA to follow the European Union’s lead and end animal testing for cosmetics.”

In 2018 Ramsay revealed her veganism in a post on Instagram. She posted an image of herself wearing a hat from animal rights group PETA and a ‘Plant Powered’ wristband, beside the hashtags: “#veganstrong#veganoutfit #plantpowered#choosecompassion.” @peta @peta2@vivacharity @drmartensofficial ???

Outside of the Studio, Flynn lives a fully vegan lifestyle and has been the face of multiple PETA campaigns.

Earlier this year he asked viewers if it is worth causing the suffering of animals to have one brief moment of taste.

And he later encouraged people to adopt rescue dogs, rather than buying huskies, as numbers of abandoned dogs continues to soar.

Nathalie Emmanuel plays interpreter Missandei who speaks 19 languages, and is enslaved before being freed by Mother Of Dragons, Danaerys Targaryan.

Outside of the show Emmanuel is a passionate vegan, and has supported the Body Shop’s campaigns to end animal testing in cosmetic products.

Lena Headey plays Cersei Lannister – a ruthless, manipulative member of the richest family in Westeros who sits on the iron throne at the start of the show’s final season.

Headey is a known vegetarian and has spoken out against the use of animals in circuses.

In a promotional video with PETA in 2008, she said that ‘nobody deserves to be beaten and forced to perform against their will, but that’s exactly what happens to animals in circuses’.

“Circus trainers often force elephants, bears, tigers and other animals to perform tricks by beating and whipping them, shocking them with electric prods and jabbing holes in their skin,” she said.

Maisie Williams plays the formidable Arya Stark – the daughter of Ned Stark who is an independent, headstrong lead character.

Outside of her role, though she has never come out as vegan, Williams has often promoted animal rights causes.

Alongside fellow GoT actress Nathalie Emmanuel, she has taken part in a campaign by the Body Shop against animal testing.

She wrote: “Show me ya bunny ears to stand with me in being#ForeverAgainstAnimalTesting. Sign the petition and USE YOUR VOICE to ban animal testing IN COSMETICS globally! Link in bio. #thebodyshop@crueltyfreeintl@thebodyshop#ad.”

And in 2015 she shared a clip of Harry Styles urging his fans not to go to Seaworld.

She posted on her account, which now has 10 million followers: “You heard him ladies and gents. Don’t go to sea world! ??? Please follow @Dolphin_Project + for more info please check out www.dolphinproject.com.”

Which Game of Thrones cast member inspires you? Tell us in the comments section below!