42% of US campus menus to move towards plant-based 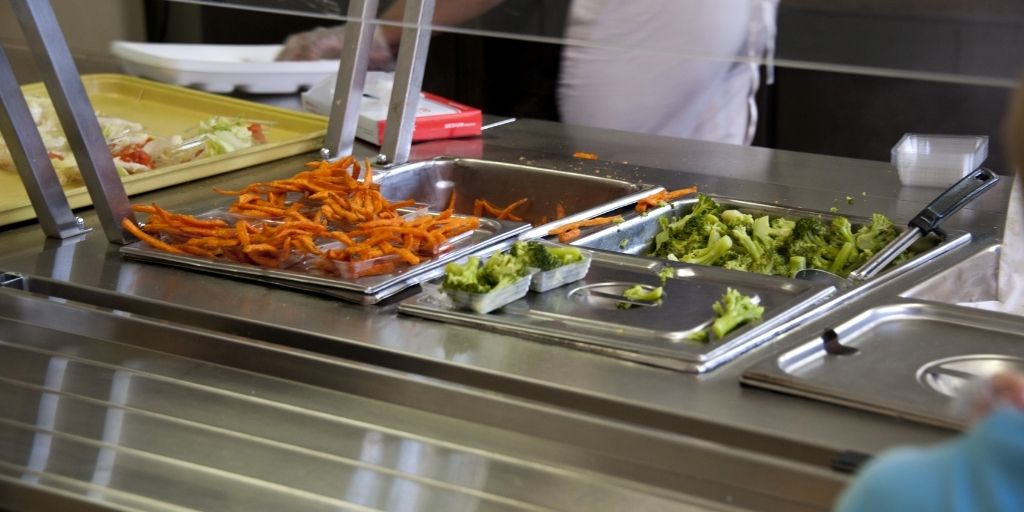 “Any sustainability plan that’s meant to create real change—and not just be greenwashing jargon—will center on shifting from a meat-heavy menu to one that’s focused on plant-based entrées.”

Hundreds of universities across the US are set to have more plant-based menu options on their menus in the coming years.

The move has been initiated by food service provider Sodexo – which serves more than 100 million consumers daily – in collaboration with the Humane Society of the United States (HSUS).

According to the catering giant, 70% of its carbon footprint in the 2020 fiscal year was linked to animal-based foods.

So, in order to meet its climate goals of slashing ​​carbon emissions by 34% by 2025, Sodexo plans to revamp its menu and incorporate more plant-based foods due to their lower emissions.

Sodexo plans to turn 42% of its menus across colleges and universities plant-based.

‘A formula for success’

“Any sustainability plan that’s meant to create real change – and not just be greenwashing jargon – will center on shifting from a meat-heavy menu to one that’s focused on plant-based entrées,” said Karla Dumas, the director of food service innovation at the Humane Society US.

“I’m thankful to Sodexo for being a leader in the industry by committing to the tangible changes required to meet greenhouse gas emission goals. By developing a plant-based initiative that includes menu goals, recipe innovation, and customer satisfaction, Sodexo has found a formula for success.”

The menu changes will be implemented through Sodexo’s existing Plant-Based Takeovers programs, which also involves chefs being trained on plant-based cooking. The training will be led by the HSUS.

Around 140 universities have implemented these programs, and Sodexo will review the changes based on feedback from staff, students, and faculty.

“It’s important for us to receive feedback directly from the customer as it helps us identify which plant-based dishes will become permanent fixtures on our menus,” Chef Jennifer DiFrancesco, Director of Culinary Innovation for Sodexo Campus, said in a statement.

Sodexo and the plant-based movement

This isn’t Sodexo’s first move away from animal products.

In 2018, the company tied up with HSUS to launch its “Love of Food” project.

It saw 200 plant-based meals introduced to corporate, university, and healthcare cafeterias across the US. The programme was expanded to more countries including Belgium, the United Kingdom, and France in 2019.

The catering giant, while curating its cafeteria menu used products from Impossible Foods meat, JUST Egg and MorningStar Farms’ meat further sending the message that it wanted to align its business with trends in the plant-based sector.

The report ranked 50 of the most nutritious plant-based ingredients based on their nutritional value and relative impact on the environment. Sodexo used them  to  develop a wide array of grain and legume-powered dishes that are now being served at over 5,000 Sodexo-serviced cafeterias.

John Wright, Senior Vice President, Sodexo Food Platform, in a statement at the time said: “When you see there are more than 20,000 known edible plants on our planet, and yet our food comes primarily from a dozen of them, there is definitely [an] opportunity to change and discover new ways of eating.

“Today, we are helping consumers as they look for ways to adopt more sustainable diets.”

Share this story: 42% of US campus menus to move towards plant-based.