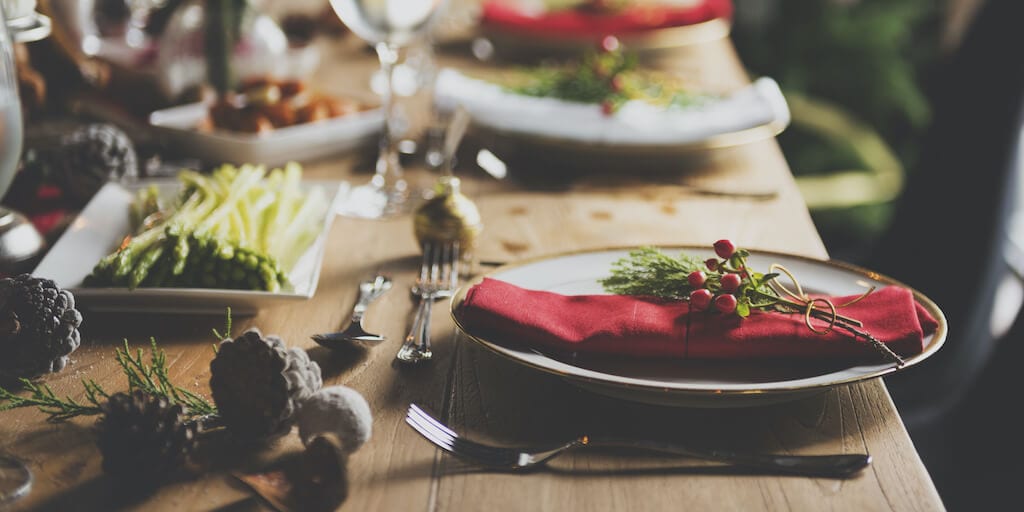 “We lift the lid on what this year’s ‘unprecedented Christmas’ will look like – from virtual Christmas dinners to a rise in charitable giving and more households than ever before enjoying ‘conscious Christmas’ celebrations.”

According to Tesco’s annual Christmas report, the UK is preparing for a green festive season with plant-based main courses overtaking beef and lamb in popularity.

The survey of more than 2,000 adults by the supermarket chain has revealed that 75% are rooting for sustainable alternatives.

While 52% said they will have a Christmas turkey roast, meat is no longer the only coveted centrepiece.

In fact, the report revealed that meat-free centrepieces like nut loafs are set to be a more popular choice than lamb and beef for the first time, reflecting an overall shift towards more plant-based options.

Although 68% said there hasn’t been ‘much to celebrate’ in 2020, there is a renewed enthusiasm for cooking the Christmas dinner. 31% said ‘food has never been so important’.

This year, a quarter of households will cater for those on plant-based diets – up from a fifth a year ago.

Roast potatoes have knocked off pigs in blankets to claim the top spot for sides with 67% saying they’re the most important addition to the table.

Other striking findings for this year include more than 50% recycling their old Christmas decorations instead of buying new ones. 33% said they will buy loose fruit and veg to cut down on packaging and 25% will reuse wrapping paper to cut down on waste.

More that half of Brits are also planning to go out of their way to make a better Christmas for others.

The research also found that half of Brits want to be with their families more than in previous years and 33% are looking forward to it “more than ever”.

Alessandra Bellini, Tesco’s chief customer officer said: “In a year like no other, it is unsurprising that the country is still looking forward to Christmas festivities, whatever shape they may take.

“In our third annual Christmas Report, we lift the lid on what this year’s ‘unprecedented Christmas’ will look like – from virtual Christmas dinners to a rise in charitable giving and more households than ever before enjoying ‘conscious Christmas’ celebrations.”