Lewis Hamilton defends posting disturbing slaughterhouse footage: "Sorry but I have a platform and I can't waste it" | Totally Vegan Buzz
Skip to content

Lewis Hamilton defends posting disturbing slaughterhouse footage: “Sorry but I have a platform and I can’t waste it” 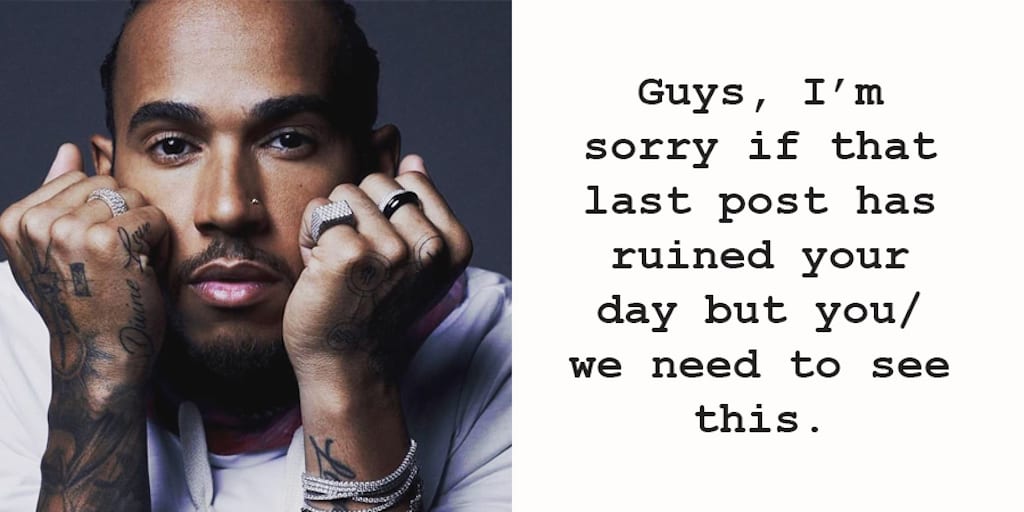 Vegan athlete Lewis Hamilton has defended his decision to post disturbing slaughterhouse footage on his Instagram account, arguing he feels a moral obligation to raise awareness of animal abuse.

The F1 champion posted a video of a cow being repeatedly hit in the head with an axe, and warned the video contains ‘graphic footage’.

The post also shows the animal being stabbed as part of barbaric leather industry practices.

While many praised Hamilton for raising awareness for animal cruelty, some Insta users criticised the animal rights activist for posting such graphic content on his page.

But the athlete later defended the post on his Insta story, saying he ‘can’t waste’ his platform.

“Guys, I’m sorry if the last post has ruined your day, but you/we need to see this. When we go and buy leather, this is what we are supporting.

“When we go by [sic] a car, or a sofa, this is what we are supporting. It’s not your fault yet we are keeping the demand up.

“If I don’t post this, who’s going to? Who’s going to care for these animals? I’m sorry but I have this platform and I can’t waste it.”

The vegan F1 champ posted an image on his Instagram story showing a black giraffe which was killed by a trophy hunter in South Africa.

The post condemns the Kentucky hunter for killing a species which is in drastic decline, with estimations populations have dropped 40 percent in 30 years, according to the Humane Society.

And earlier this year Hamilton slammed the slaughter of whales and dolphins in a furious social media post.

The vegan athlete shared a disturbing image from Save the Reef which exposes the yearly killing of sea life in the Faroe Islands.

“This is so upsetting. How can you honestly do this to another being. Disgusted! #[email protected],” he wrote.

How influential can vegan celebrities like Lewis Hamilton be? Share your thoughts in the comments section below!