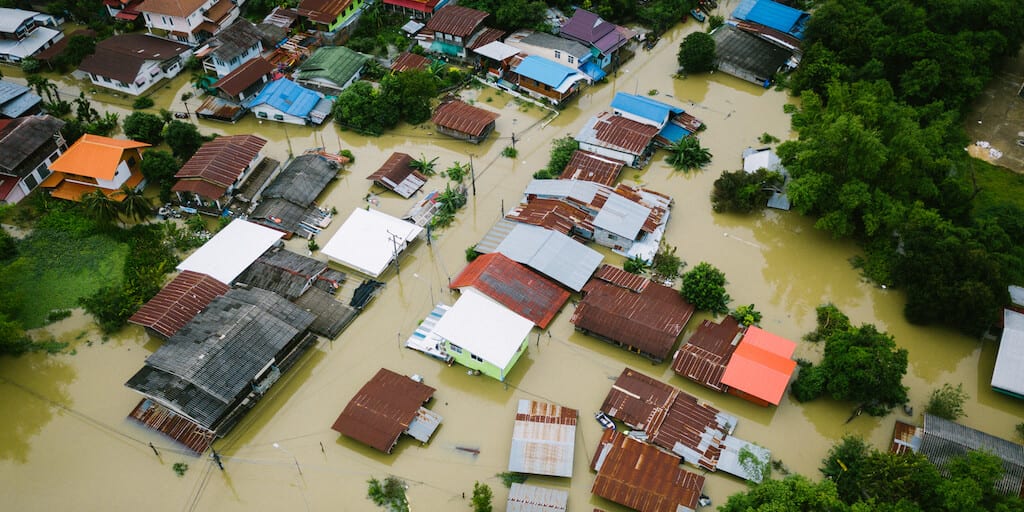 “This study shows that changes in precipitation are already costing billions of dollars, and that we can expect more global warming to further intensify the p

A new study has revealed that strong storms fuelled by climate change have accounted for more than a third of the US flood costs totalling almost $75 billion of the estimated $199 billion in flood damages from 1988 to 2017.

The study published in the journal Proceedings of the National Academy of Sciences helps to clarify the ongoing debate of how much climate change is costing us and how much it may cost us in the future.

“There has been a lot of research about the impacts of climate change on different natural and human systems, but relatively little of that has focused on generating hard numbers quantifying the financial costs of those impacts,” Dr. Noah Diffenbaugh, senior author and climate scientist at Stanford said.

“This study provides those numbers for flooding, which is one of the most costly natural disasters.”

Worsening storms have already proved to be the costliest natural disaster in the United States- the infamous 2019 Midwest floods that devastated the heartland cost around $3 billion – and while experts have long known that heavier rain is increasing flood damage, a price tag was earlier difficult considering other factors, including population growth, new housing and rising property values at play.

“Our study is an important step in untangling this,” Diffenbaugh said.

“Over the last three decades, we’ve taken on tens of billions of dollars in additional costs as a result of changing precipitation. This helps us quantify those costs and what it will cost to adapt to future climate change.”

Based on the findings, the Stanford team concluded that climate change has been pivotal to the growing cost of flooding in the US and warned that crossing the levels of global warming outlined in the global Paris Climate Accord will precipitate more extreme disaster events.

“This study shows that changes in precipitation are already costing billions of dollars, and that we can expect more global warming to further intensify the precipitation events that are driving those climate-related costs,” Diffenbaugh explained.

The team also hopes that the findings will help assess the costs of other climate change-fueled disasters and result in better climate adaptation strategies across the country.

“Accurately and comprehensively tallying the past and future costs of climate change is key to making good policy decisions,” Marshall Burke, associate professor of Earth system science at Stanford and a study co-author, said in a statement.

Diffenbaugh added: “More broadly, the framework that we developed provides an objective basis for estimating what it will cost to adapt to continued climate change and the economic value of avoiding higher levels of global warming in the future.”

Share this story: Climate change storms have cost the US nearly $75 billion in flood damage.