Jonathan Ross goes vegan to ‘help save the planet’ 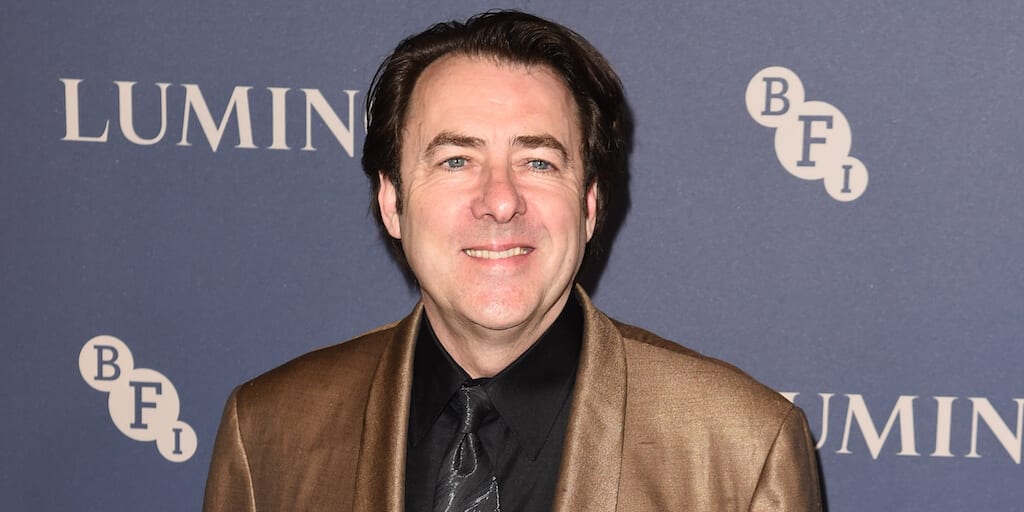 The TV presenter revealed the news in a recent episode of ITV talk show Loose Women.

Jonathan Ross has ditched meat and dairy this year for ‘the planet’.

The British television presenter and comedian spoke about his new diet and the reasons he decided to switch on a recent episode of ITV talk show Loose Women, which was broadcasted on Christmas Eve.

In response to host’s Ruth Langsford invite to join them for an early Christmas tipple, Ross, who appeared on the show via video call, said he doesn’t drink alcohol and joked that he likes to remain sober so that he is in charge of the Christmas turkey.

He, however, clarified that he and his wife Jane Goldman did not have the bird since they “went vegan” this year.

“So this is our first year as vegans, me and Jane, to try and help save the planet,” the 60-year-old said.

Although Ross has adopted the vegan lifestyle in 2020, this isn’t the first time he has advocated a meat-free diet

Back in 2017, he shared a tweet from Paul McCartney- backed initiative Meat Free Monday, which read: “No meat for me on Monday. Makes sense.”

Meat Free Monday is a not-for-profit campaign, which aims to raise awareness of the detrimental environmental impact of animal agriculture and industrial fishing.

The campaign encourages people to help slow climate change, conserve precious natural resources, and improve their health by having at least one plant-based day each week.

Ross joins many celebrities who ditched tradition to enjoy a plant-based Christmas dinner this year.

Comedian and actor Ricky Gervais revealed he had a vegan Christmas dinner this year by tweeting a picture of his empty plate with a Brussel sprout leftover with a caption that read: “Jane tried to sneak in a Brussel sprout. I spotted it immediately. Nice try.”

Celebrity musician Brian May posted that his turkey-free dinner was one of the highlights of his Christmas and that he ate a “90 percent” vegan meal this year.

He added: “Having a dead bird on the Christmas table is not attractive to me now, even though it was a big part of my childhood.”

Share this story: Jonathan Ross goes vegan to ‘help save the planet’.