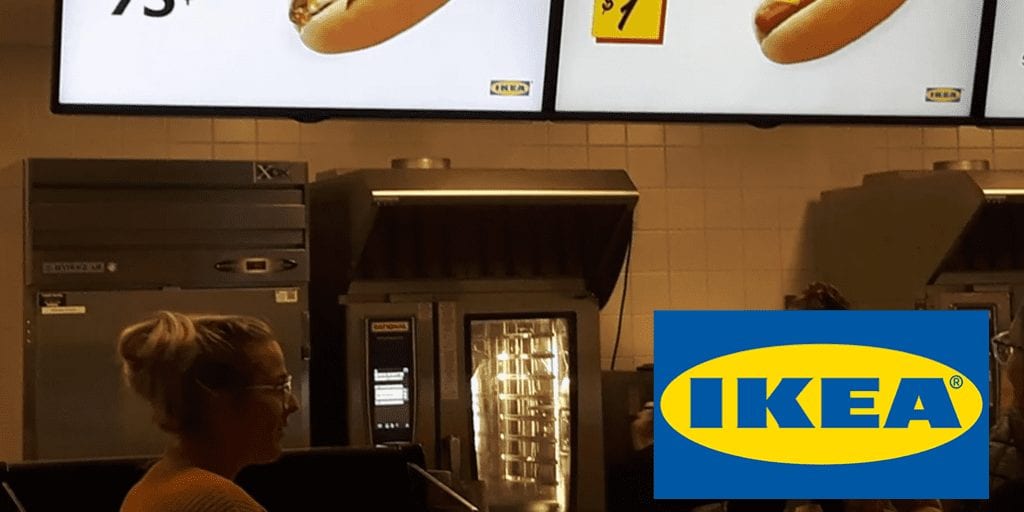 IKEA’s sensational vegan hot dogs are now cheaper than the meat version at stores in Sweden.

The popular Veggie Dog, which has been sold to two million shoppers in its first two months and five million since last August, is now the cheaper option despite sounding infinitely more appealing than its meaty counterpart.

The vegan dish is priced at 75c compared to $1 for the meat version. And if that isn’t enough to convince anyone, the vegan option comes topped with sweet and spicy mustard, pickled red cabbage and roasted onions, while the meat hot dog’s description is blank.

Vegan hot dogs were launched in IKEA’s store in Malmö, Sweden last year and were an instant hit with shoppers – achieving a 95% approval rating, according to the store.

And they’ve been so popular the price has been slashed by the furniture giant, as revealed on Reddit.

A post title ‘Proof that Swedish people are smarter than us’ was liked more than 7,000 times and attracted more than 500 comments.

“In some countries like USA, the government funds the meat industry so heavily that it’s difficult if not impossible for veggie alternatives to compete on price. Maybe they don’t have that problem in Sweden – which indeed makes them smarter,” another added.

Have you tried IKEA’s vegan hot dogs? Share you thoughts in the comments below!