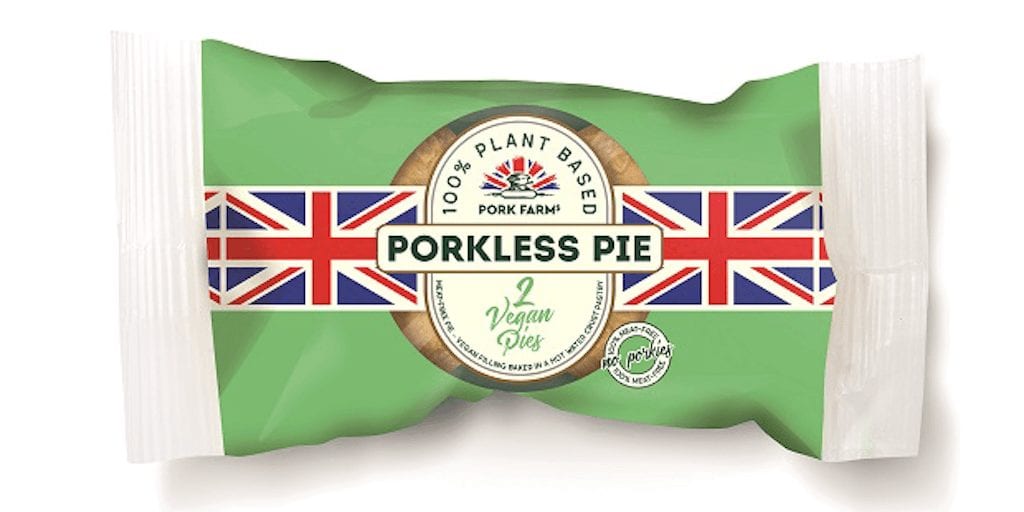 “With consumers more conscious than ever before about their health and the impact their food is having on the environment, we are pleased to be able to introduce a new product that addresses both of these concerns.”

An 89-year-old pie brand has launched its first vegan friendly pie in the UK.

Pork Farms, which is based in Nottingham, has veganized its classic pork pies to create the new ‘Porkless Pork Pie’.

‘Not just a passing trend’

The pies, which have launched in Asda stores (£1.25 for a pack of two), are designed to provide “an alternative to flexitarian customers, while also expanding the product range to appeal to vegan shoppers.”

According to Pork Farms, “there’s currently a growing demand in the market for meat replacement pastry products and, with flexitarianism continuing to gain popularity, it is clear that the demand for alternative protein products is not just a passing trend.”

Looks like 2020 is the year of the Vegan pie! 🙌🏻!! New porkless pie spotted in @asda for £1.25 🥳. It goes to show that every vegan choice you make, big or small, shows companies that they really do need to adapt 🌱! 📸: @thallettmiller

“We’re incredibly excited to be just one of only a few brands to introduce pea protein to our product range,” Mike Holton, brand manager at Pork Farms said.

“Our innovation chefs have developed this recipe to emulate one of the nation’s favourite snacks and we are delighted to be providing an alternative to flexitarian customers, while also expanding our product range to appeal to vegan shoppers who are looking for more choice, who can now enjoy a pork pie with the same textures and flavours as our traditional snack.

“With consumers more conscious than ever before about their health and the impact their food is having on the environment, we are pleased to be able to introduce a new product that addresses both of these concerns.”

He added: “When it comes to plant-based food, consumers shouldn’t have to sacrifice great taste. We know how much the British public love pork pies and pea protein’s texture is paired perfectly with delicious flavours to give it an authentic taste.